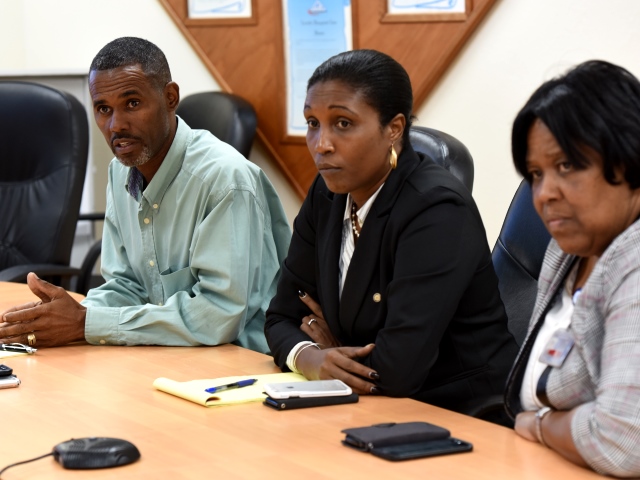 PHILIPSBURG–The widespread load-shedding around the country in the past days is expected to be over later today, Wednesday, after utilities company GEBE repairs the damaged part of its “Engine 19,” which encountered a turbo charger failure on Sunday.

GEBE Chief Executive Officer (CEO) Kenrick Chittick told reporters at a hastily-convened press conference on Tuesday that the large engine #19, which supplies 11 megawatts of electricity, had gone down on Sunday and the supplier had been asked to send a specific part. However, the wrong part was sent, so the engine could not be repaired earlier as anticipated.
The correct part is expected to arrive today around 9:30am and once it arrives at the power plant technicians are expected to take four to six hours to install it.Chittick said load-shedding had become necessary when Engine #19 went down, while the medium-size Engine #16, which supplies eight megawatts of electricity, already had been out of commission for several weeks for a major overhaul.
This resulted in the company being unable to meet the current demand for electricity, resulting in load-shedding. He explained that GEBE’s frequency…. Click here to … READ MORE