GREAT BAY – On December 10, 2014 parents, friends and family of Nikerson (Bob) Boireau appeared in the Court in First Instance wearing tee shirts with the text Free Bob. But the court decided to keep Boireau behind bars and on June 17, 2015, the court sentenced him for strangling the son of his girldfriend Janelle, 2-year old D’Jhaneiro Kevin Anthonio Kaiaro D’Aguiar on August 27, 2014. On Wednesday, the Common Court of Justice confirmed the verdict on appeal.

The appeals court acquitted Boireau of murder but sentenced him for manslaughter.

Boireau took the toddler’s mother Janelle to work that fatal day and then took the child in his care. “My child was in good health at that moment,” the mother told police. Boireau took the kid to his home.

What exactly happened there remains unclear because the defendant has never clarified his actions or the underlying reasons to investigators or to the court. He did tell investigators that there was nobody else present at his house that day. “Later I heard D’Jhaneiro crying. I took him to the hospital. When I got there he was not breathing, He wasn’t moving. He was just lifeless in my hand,” Boireau said at the trial last year.

The Dutch Forensic Institute NFI soon confirmed the suspicion of pediatrician Dr. Offringa that the toddler’s death was suspect. The autopsy revealed bruises around D’Jhaneiro’s throat and the aorta. There were also bruises in his face and behind one ear. The NFI concluded that the toddler had been strangled. “No other cause of death has been established in other examinations.”

A pathologist at the University Hospital of Leuven (Belgium) confirmed the NFI-findings. “These findings cannot be explained from reanimation or an asthma-attack.”

Like the Court in First Instance, the appeals court reasoned that the child was in good health when his mother left it with her friend, that Boireau was the only person in his house that day and that strangulation is the only explanation for the toddler’s death.

“D’Jahneiro was entrusted to the care and dedication of the suspect and it should have been able to count on his protection,” the court ruling states. “Through his actions the defendant had caused irreparable sorrow to the family of this young child. Their lives are damaged and have changed forever. The loss of D’Jahneiro is tough to process for the family because the defendant has not given any explanation for the reason of his actions.” 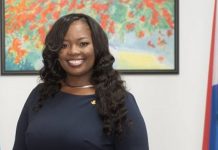 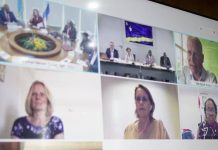 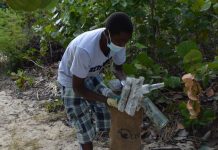 In depth investigation launched into passing of Mental Health Patient at...