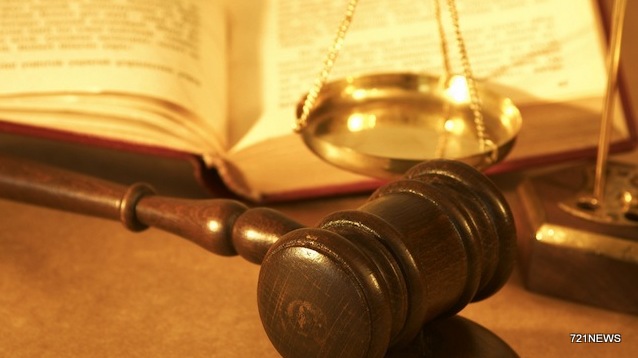 GREAT BAY – The Common Court of Justice confirmed the 4-year prison sentence against a 29-year old man who robbed Helena Jewelers on Front Street on July 24 of last year.

Like at the trial in the Court in First Instance on February 3, Antonio Sundiata Joseph had stories to tell to convince the court of his innocence.

He said that he had sold the hammer that was used during the robbery – and that contained traces of his blood – to a man he had met in the streets for $100 and that that must be the person who committed the robbery. He also told the court that he had visited Helena Jewelers as a client as recently as June 2015 to explain the presence of his blood on the hammer and on glass shards in the store.

Attorney Shaira Bommel told the court that there are doubts whether the traces of blood can be linked to the perpetrator, but the court had a different opinion. The blood investigators found shortly after the robbery – in the form of wipe traces and drops – was also on a glass shard of one of the demolished show cases and also inside one of these show cases. The dossier does not contain any indication that the blood could have gotten there in a way different from the actions of the defendant and his co-conspirators during the robbery. The court therefore declared the defendant’s alternative scenarios implausible.

A security guard who stood in front of the store at the time of the robbery told investigators that a car had stopped, and the man who got out immediately pointed a gun at him, forcing him into an adjacent store, telling him not to move. The guard fell on the ground and while he was lying there he heard the sound of breaking glass next door.

The robbers stormed into the store with their faces covered and threatening staff with a firearm and a hammer. They smashed showcases and grabbed an amount of jewelry before leaving the scene.