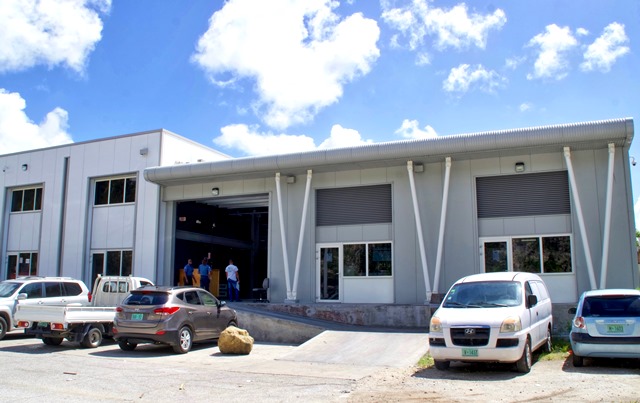 SIMPSON BAY – Phase 1 of the cargo renovations at the Princess Juliana International Airport (PJIA), for which groundbreaking took place in May 2015, was recently completed, with a number of cargo operators moving into their newly upgraded facilities.

The cargo renovations were necessary, given the company’s continuous efforts to strengthen its cargo hub function for the Northeastern Caribbean.

“The cargo segment is an integral part of our organization, and a major economic

The renovation works, which are executed in two phases, include the re-organization of office spaces, additional warehouse space, employee and customer parking areas.

In addition, renovations also include construction of a second floor, new offices, and a canteen, and will comply with Fire Department Regulations. The facility will also feature its own security office and an upgraded security camera system.

Renovations and improvements have been in the making for a long time, as had been previously reported, and are part of the Capital Improvement Program, which PJIA embarked upon at the beginning of 2013, after securing the funds on the international financial market in December 2012.

Phase 2 of the cargo renovations is expected to be completed by April 2017.