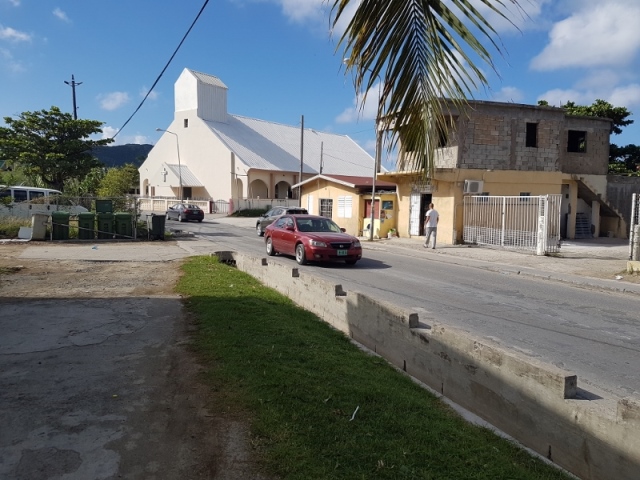 SUCKER GARDEN – The simple things make the biggest difference in a community and this is why independent Member of Parliament (MP) and United St. Maarten Party USP candidate Maurice Lake has taken the need for two speedbumps on Arch Road in Sucker Garden to VROMI Minister Angel Meyers.
“Sucker Garden is a forgotten area which needs Government’s full attention to upgrade and beautify. The main road needs sidewalks, need to create an roundabout by Arch Road intersection which is a blind corner for motorists, better drainage for runoff water, bridges needs repairing and railings need to be replaced. Recreational areas for the residents need to be created,” said Lake.
“As a representative of the people, I listen to the people and bring it to the responsible minister to address the people concerns in their district,” said Lake.
He sent a photo of the area where the speedbump is needed to the Minister via e-mail. “The residents of Sucker Garden are requesting two speed bumps for the safety aspect of the residents and children. One speedbump needs to be on Arch Road 37 by the intersection of Mathew Drive, and the other one by the church,” according to MP Lake.
Lake visited the site where the speedbumps are needed with the Police Chief Inspector of Traffic on Friday morning where the residents explained about the dangerous situation in the area.
The Traffic Inspector is in the process of drafting a decree to Government to execute based on the urgent situation and the safety of the residents. Safety of all residents should be our number one priority, MP Lake pointed out.