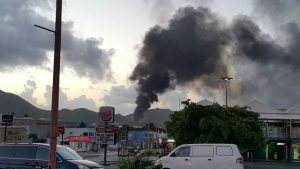 PHILIPSBURG – Once more the garbage dump was on fire. This time, unknown persons deliberately set fire to tires on the dump, which caused thick black smoke to billow and blow west of the pond.

Police and the fire truck were called in to assist with the traffic to the dump, and to help put out the fire.

The Team who oversees the dump have been working since after 5:00am to bring the fire under control. The fire continued to burn past 8:00am.

It is expected that those in charge of the dump will file another official complaint at the detective department. 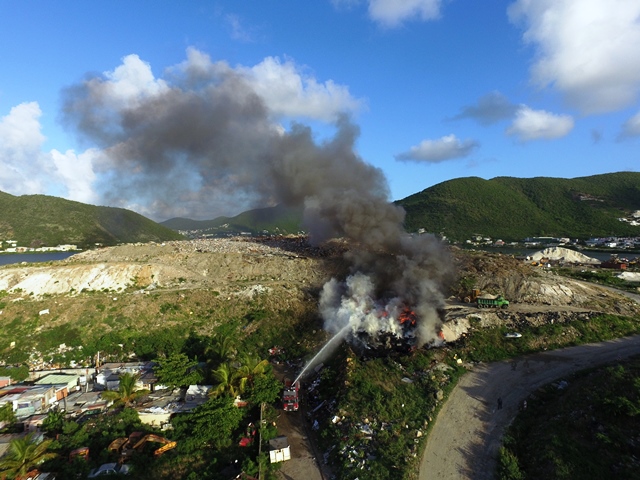