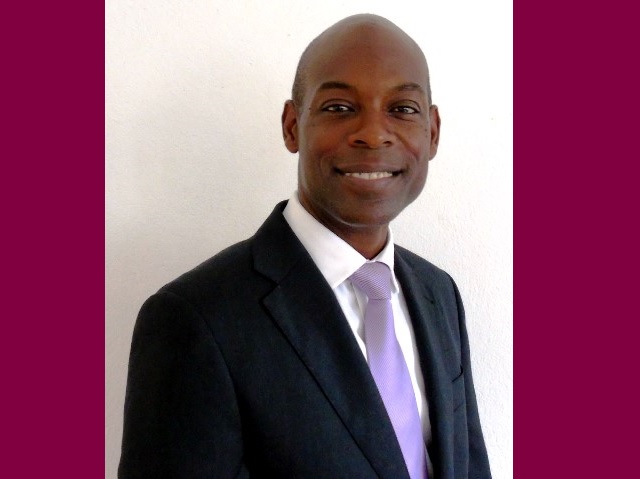 PHILIPSBURG, Sint Maarten — The St. Maarten Christian Party (SMCP) is pleased to announce the candidacy of Mr. Michaël Somersall on the SMCP slate for the upcoming Parliamentary elections.

Son of the soil, Michaël Somersall, husband and father of four, is the third son of Carlos Somersall and Cynthia Wrighton. He lived his early childhood years Over The Water at Fort William and moved to St. Peters at age 5 where he attended primary school until he left to continue his studies in the Netherlands. Hard work and education were instilled in all five boys by their parents. Having faith in God, respecting your elders and being kind to others are also some of the values that were taught in the home.

After working his way through college, Michaël enlisted in the army, where he went through a vigorous training to become a medic and later worked at the military blood bank in Amsterdam.

After fulfilling his duties in the army he joined an insurance firm, and worked as an insurance broker for two years. He then decided to join the food service industry, where he filled top management positions for over 18 years in the Netherlands and locally. Committed to serving his country, Michaël Somersall decided to join the Hygiene Department, now the Inspectorate of Public Health, where he served as a Senior Inspector and later on became the Chief Food Safety Inspector at the Inspectorate for country St. Maarten until 2013.

As the founder and General Manager of STEFLOGIX, Environmental and Public Safety Solutions, Michaël continues to serve the community of Sint Maarten by sharing his expertise and knowledge in his respective fields of expertise such as food safety, hygiene and public safety.

Having a servant’s heart, Michaël’s values and principles resonate with those of the Sint Maarten Christian Party. His love for people, his passion for change and his willingness to serve make him a valuable candidate on the SMCP slate.