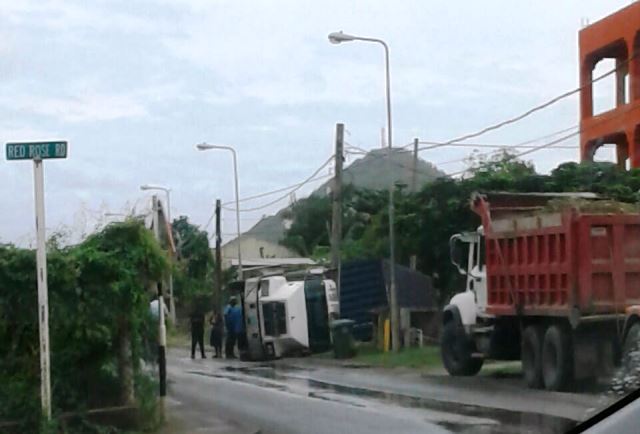 PHILIPSBURG, St. Maarten – Thursday’s rainfall may have taken its first victim as a 20 foot trailer toppled over on the LB Scott road just after four Thursday afternoon.

Reports came in that the trailer truck was reversing onto a property where there are newly built apartments just opposite Cake House when the trailer truck operator ran into difficulty due to the soft ground condition attributed to the morning’s heavy rainfall.

Although the earth was compressed it became soft due to the soggy earth conditions, this caused the back of the trailer to sink and tilt to one side. Things turned out to be much worse for the cabin of the trailer as it completely tilted over due to the strain.

No injuries were reported as a result of this mishap however the material damages are not clear at this time.