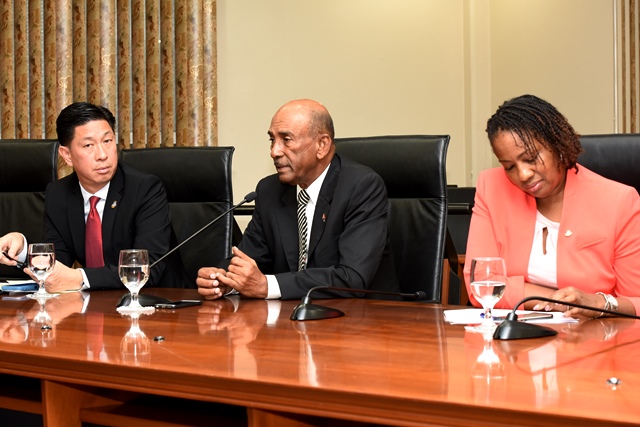 PHILIPSBURG – Minister of Finance Richard Gibson said there is no need now to call for the dismissal of the President of the Central Bank of Curaçao and St. Maarten Dr. Emsley Tromp, but rather wait on the result of the investigation.

Earlier this year, Minister Gibson had called for integrity investigations to be launched into the president and directors of the Central Bank of Curaçao and St. Maarten. “I have issued instruction to the secret service of St. Maarten to conduct an integrity investigation relating to the president and the directors of the Central Bank, and I have also directed a letter to my colleague in Curaçao, Minister of Finance requesting him to also instruct the VDSM in Curaçao to conduct a similar investigation, all with the goal in mind to once and for all eliminate all rumors and innuendos regarding the top of the Central Bank,” the Finance Minister said at the time.