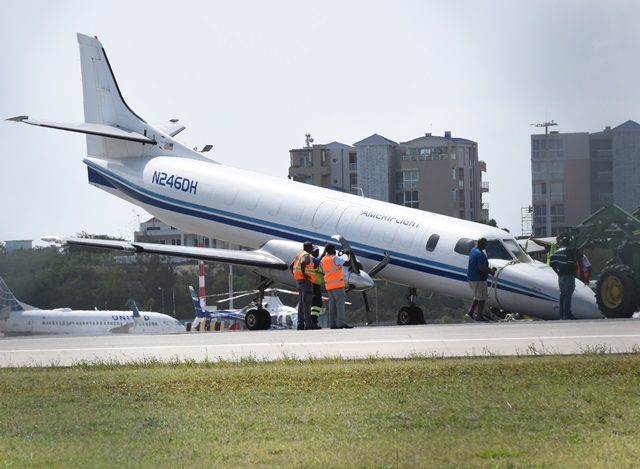 According to initial reports, the aircraft landed on the grass parallel to the runway and at a certain point during the landing, the aircraft’s nose gear gave way resulting in the undercarriage of the front of the aircraft making contact with the ground.

There were no injuries as a result of this incident.

The airport’s emergency services responded quickly to secure human life and the aircraft. Up until mid afternoon the twin engine cargo plane was still being removed from the runway to facilitate the landing of other air traffic. 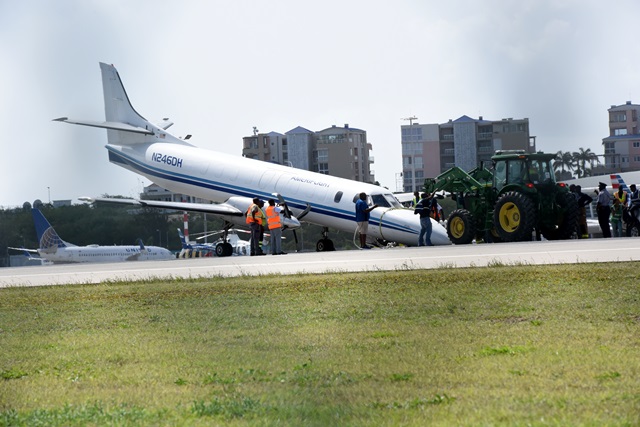 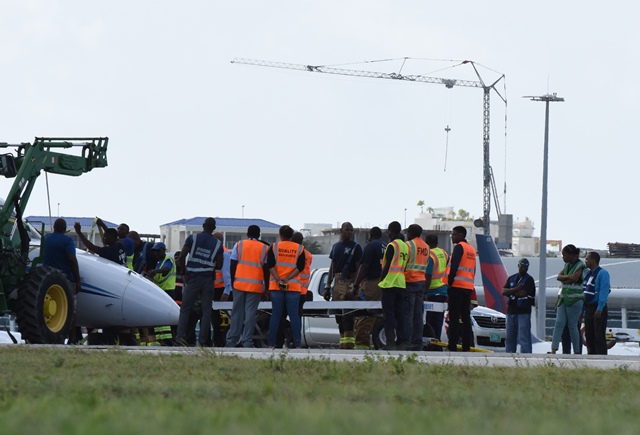 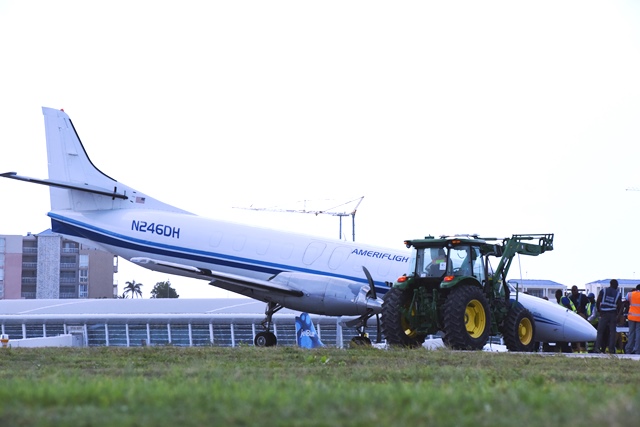 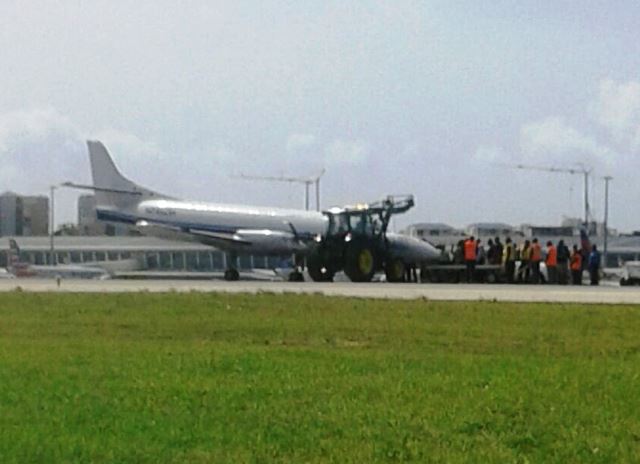