PHILIPSBURG – The Detective Department is busy investigating two cases of destruction of a vehicle. One case involved two vehicles that were totally burnt in the South Reward area on Tuesday afternoon, July 12.

The vehicles in question were both extinguished by the Fire Department. One of the vehicles was a gold colored Jeep, owned by parliamentarian Christopher Emmanuel, which was not in regular use. 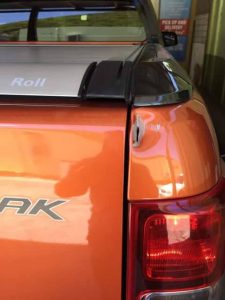 At present no-one has been arrested in this case. Detectives are questioning potential witnesses.

An unknown person or persons had damaged former MP Romain J. Laville’s pick-up truck using a sharp hard object. The pick-up was damaged above the right tail-light. The investigation is ongoing.

As more information becomes available the media will be informed.