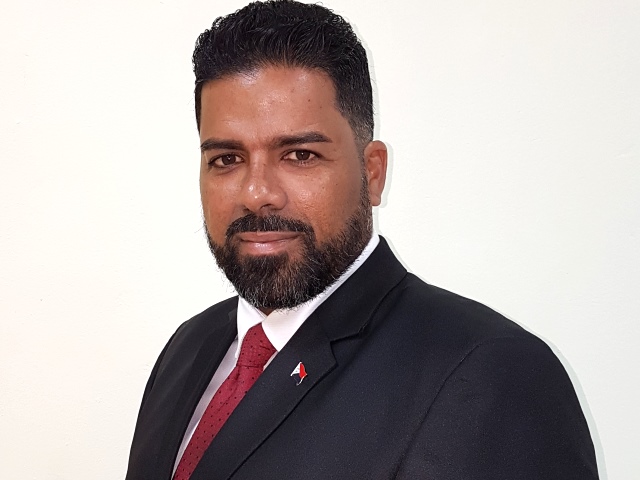 PHILIPSBURG, Sint Maarten — Today, after I washed towels, cleaned my fan, made milk pops for the kids (well, actually I fight for them also) and cooked lunch for my family, of course I started reflecting on St. Maarten and the problems facing us as a people. These thoughts are ever present in my mind.

In the past 6 years, we had 5 governments, which included various combinations of the same groups of persons, which have failed to demonstrate the moral fortitude and maturity required to run this new status.

Initially everyone, including myself, saw this as a ridiculous situation and a political nightmare, but I think we need to start to see it as a “blessing” in disguise. We need to seek out the “silver lining,” which every bad situation has if you look for it.

Let us break down some things we learned from these last 6 years:

1) Our present political leaders and politicians, lied to us about the benefits and consequences that “Status Aparte,” now referred to as “Country Status,” would bring to St. Maarten. We were fooled with words like Emancipation, and Freedom from Curaçao and more Autonomy within the Kingdom. Yet it is clear now, that we depend more than ever on Holland and Curaçao on how to run this new status. Yet those same politicians are now preaching to us about Independence. Their actions over the past years have seriously affected our position with the Dutch. We have been given one instruction after the other, like children being scolded in a diplomatic way.  Equal partner within the kingdom has only turned out to be a subliminal process of recolonization.

2) The people were told the money we were sending to the Federal Government in Curaçao would be enough for St. Maarten to prosper on its own. Today, it is clear this was a gross misrepresentation of the reality. The politicians wrongfully put all the blame on Curaçao for their failures to defend our right within the Netherlands Antilles constellation. Since 10-10-10 it is clear that we neither have the finances nor the personnel to effectively run the country in this new status.

Our top government positions are held by persons who have been recruited from abroad and have no knowledge of our island’s background and its culture. Yet they are the ones creating the policies we must live by. All our present MPs grandstand on the floor of Parliament about locals getting top positions and bringing back our young professionals. Yet not one has sought to implement some sort of viable affirmative action plan for St. Maarten people. No protection for St. Maarten people in our labor market.

3) All politicians who ratified the Slotverklaring agreement with the Kingdom, signed in 2007, have since complained and condemned its content. This only reveals their motivation for ratifying this agreement with such haste before it was truly debated among the people. Without exception, they all benefited from a huge salary increase and benefits. Ministers and MPs make between $10k-13k per month gross while the average person in the private sector makes the minimum wage of $1,000 per month gross, which equals to around $850 net.

This minimum wage, which is supposed to be reserved for young people entering the work force, in St. Maarten, has become a “ceiling wage” for immigrants who accept it because of their immigration status. Of course, this is not a livable wage for any adult on this island where the cost of living is so high. This has led to persons committing many illegal and immoral acts to be able to survive. This minimum wage and the way it is applied by the businesses, has become a huge deterrent to St. Maarteners entering the private sector job market, particularly among our unemployed youth. This minimum wage combined with the abuse of the six-month contract has been used as a stick to demotivate our people, who are then labeled as lazy in their own home. It is very clear why the politicians pushed for country status. They got more power and more money.

4) The politicians in Parliament have made sure to protect themselves from being prosecuted by the law like every other citizen. We have seen MPs convicted of tax evasion and another for accepting bribes. Yet they were allowed to continue their jobs without hindrance. We even had the country in limbo a few weeks ago as the budget could not be passed while an MP was being held in pretrial detention for vote buying allegations. So it seems the parliamentarians are above the law while the average citizen is experiencing class justice.

5) They have defined the word ship jumping and have made it a bad word. In past years during Island Council days, there was no real negative stigma attached to this act. I will venture to say that in the past ship jumpers had a different motivation. Today it is all about me, myself and I.

Recently, Prime Minister Marlin, after benefiting from ship jumping numerous times, including before 10-10-10 when Theo jumped ship from the Democratic Party, which was founded by his beloved Grandfather to form the government with the National Alliance, decided we needed a law to stop the ship jumping. The same ship jumping he just engaged in during the September 30, 2015 “coup” on the Gumbs Cabinet. Somehow, this reminds me of the saying: “You cannot put the fox to guard the hen house.” I sincerely hope the citizens of our island can remember these words every time they listen to the veteran politicians speak: In St. Maarten the integrity of the messenger is more important than the content of the message. Without integrity the message loses its value.

6) Since 10-10-10, we have become more aware of government-owned companies involvement in our daily lives. We have become aware of the boards and all the corruption and mismanagement taking place in these companies, usually linked to politicians. Yet, none of the branches of our “Trias Politica System” have been able to curb this corruption and punish the perpetrators.

We have seen where people are dismissed without following the right procedures, turn around and take Government to court, win the wrongful dismissal case and actually be awarded damages. We have not seen any accountability and consequences for unethical or even fraudulent acts. It is time we make these government-owned companies benefit the taxpayers who really own them. It is time we apply the checks and balances to see to it that the best interest of the companies, its employees and the people is secured.

7) We have received many “negative” reports of audits of our Executive branch, Legislative branch and Judicial branch better known as the “Trias Politica System” of government.

In such a system each branch is interrelated, but should maintain separation of powers. Each branch should be independent, should have a separate function, and should not usurp the functions of another branch. Yet in St. Maarten, since 10-10-10, it is clear our politicians have made a LOCRÉ (local St. Maarten dish made with mixing many ingredients) and broken the fundamental rules which make such a system successful.

MPs control Ministers, Ministers carry out personal agendas, prosecutors fumble cases, etc. All the while people’s quality of life and morale deteriorates day by day. The Transparency International report commissioned by government confirmed it. They have put the “Trias Politica System” in total organ failure and we all know what that leads too, “death.”

8) The positive words “integrity,” “transparency” and the negative words “corruption” and “NEPOTISM” have become part of our daily vocabulary and thought process. Those words are being debated every day among the people. In view of the latest issues with the APS deal made by UP coalition, the Emilio Wilson zip line by UP coalition, and recently the garbage contracts by NA coalition, it is clear that none of the existing parties understand the meaning of “Country above self.” They have not demonstrated integrity and transparency, but have surely demonstrated corruption and nepotism.

9) “Vote buying” and “electoral reform” have become an open discussion among the people. It is no longer our dirty little secret. Parliamentarians have even gone as far as conceding on the floor of Parliament that not only they buy votes, but all present parties have done it.

We have seen both sides of this coin. One side involving persons accused of “selling” their vote to the UP party in the 2010 elections and lately the flip side involving an MP accused of “buying” votes in the 2014 elections. He was even arrested and locked up in pre-trial detention. This means both sides of this devastating act, which corrupts election results, have been widely debated in the courts and in the public. It should be very clear to both the political candidates as well as to the voters that this act is “illegal.”

Voters should realize by now that they give up their right to complain and demand better treatment if they sell their vote. I trust that the Prosecutors, RST detectives and Electoral Council will be on high alert during the September election campaign period and on Election Day to minimize vote buying. It is time both sides of this equation are neutralized. Our Chair Lady of parliament, last year, even suggested independent election monitors and I hope she will follow through on this wonderful idea.

10) Last but not least, I believe more than ever that since 10-10-10, St. Maarteners should have become aware that our politicians have signed a cheque, which we do not have the funds to cover. It will take a lot of sacrifice and unpopular decisions to stand a chance to survive in this new system.

St. Maarteners should realize that we are being “destroyed” by those politicians who have governed us for the last three decades. It is time we get off this Merry-Go-Round and stop this vicious cycle of doom.

It is important that St. Maarteners realize that we are being pushed aside in our own country, while being sold out by those presently elected.

On September 26, 2016, the voters need to view this early election as the opportunity to send a strong message that we will no longer accept the destruction of our way of life. To all the people who have lost hope and have become frustrated, I say don’t be part of the destruction and become part of the solution.

The “silver lining” is that we have an opportunity to clean up the mess created over the past six years and bring a much needed stable government.

Time for St. Maarten to be led by the SMCP core principles of integrity, ethics, honesty, transparency, loyalty, justice and moral values.

In the next coming weeks, the SMCP will seek to provide you with our vision towards a better and prosperous St. Maarten for all. We trust that you will take the time to listen and interact with us. Become part of Serving 4 Change!

“Corruption is not my culture. Don’t let it be yours.”