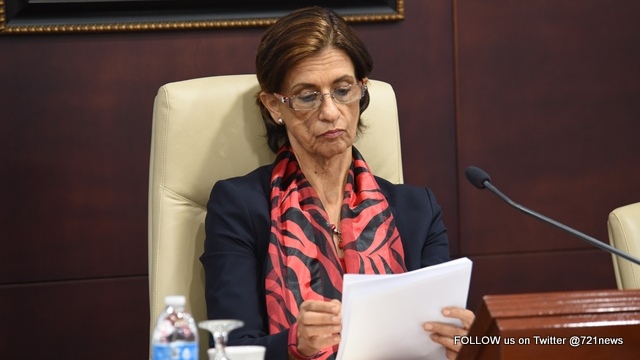 PHILIPSBURG, Sint Maarten — As a follow up to the matters I raised in Parliament recently, I have asked the Minister of Justice the questions below. As I mentioned during my discourse in Parliament, there are several checks and balances built into our system. The Law Enforcement Council is one such. This council has prepared several inspection reports, which according to law must be sent to Parliament.

In and out of Parliament, MPs have knocked the functioning of parts of the judicial system. And sometimes with merit I must add.

As I continue to encourage Parliament to focus on its main task, namely, to supervise and control the government, we have an independent council that has researched and reported on several issues that continue to be topics of much debate in our society. Immigration, the Public Prosecutor, juvenile delinquency, to name a few.

It is up to the government and ultimately Parliament to do something with these reports. Interesting is also that the Council has reported that in 2016, it will be studying the enforcement of prostitution policy in St. Maarten. The reason I have asked the Minister is because a quick search at Parliament suggests that most of these reports have not (yet) reached Parliament.

The specific questions to the Minister of Justice are:

“The answers to these questions are important to determine in how far Parliament has to follow up on these justice matters. I care to add that I am very interested in the status of the following matters/reports:”

2015: Selectivity in the investigation and prosecution of the Public Prosecutor’s office;

2015: Admission and residence of the Immigration and Border;

2015: Control and Supervision of the Prosecutor’s office.