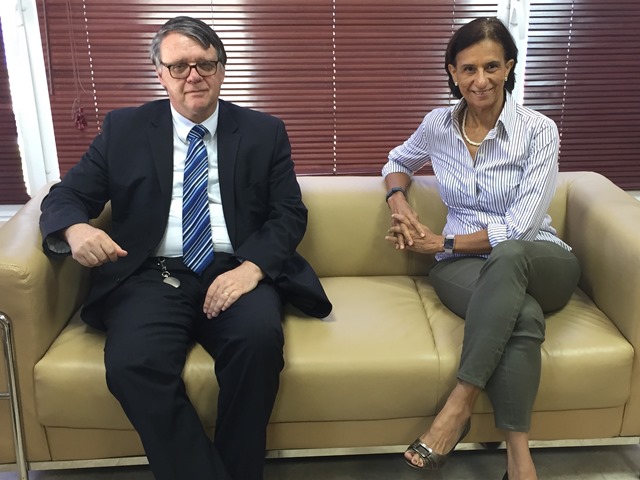 PHILIPSBURG – Judge Bob Wit paid a courtesy visit to the Chairlady of Parliament during his recent visit to the island.