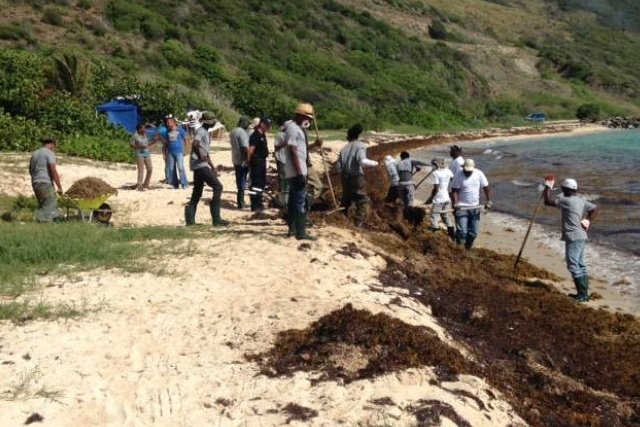 PHILIPSBURG, St. Maarten – The Gendarmes, who were assisted by the GREEN BRIGADE, conducted further searches to find evidence that can lead to the conclusion of the murder case of “Pierrick BRIERE.”

The body of Briere was discovered early July and was believed to have been murdered on the night of 2nd to the 3rd of July 2016.

It is said that someone gave him a lift during the evening hours just before his death.

Captain of the Gendarmes Emmanuel MAIGNAN told our news room on Monday that they would love to talk with the driver who gave the victim a lift. By sxmislandtime.com