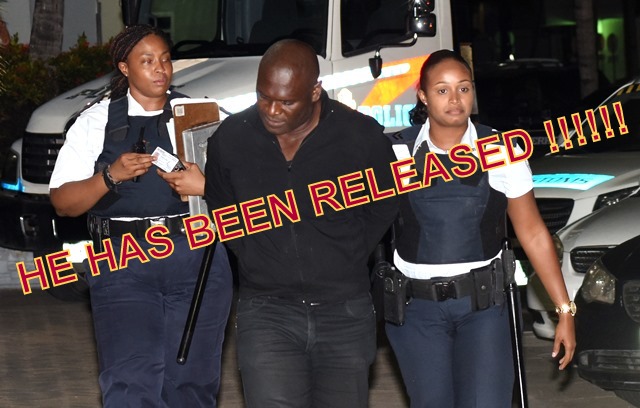 PHILIPSBURG – The Prosecutor’s Office ordered on Friday, July 8, the immediate release of E.R.W. (45).

His release was ordered after information gathered from authorities in the Dominican Republic confirmed that E.R.W.’s notification on the Interpol list was a mistake.

In addition, the Prosecutor’s Office and the St. Maarten Police Force, also based on information gathered from authorities in the Dominican Republic, vehemently denied reports on the internet/in the media that E.R.W. was suspected of sexual abuse against minors.

On June 28, 2016 our news team published on our Facebook page that Mr. Wyatte was wanted by Interpol on request of the Dominican Republic law enforcement for violence to children. This international warrant was Published on Interpol website since 2015 !!!!

On June 28, at 6:34pm our Facebook team received an FB mail – from what we considered a bogus FB account – requesting us to take down the post because Mr. Wyatte had regulated the issue a year ago. (This is a fact that Wyatte was in problem with Dominican Republic Justice system).

Our Facebook team responded to the person who contacted us that if we took down the post, it would still remain on the OFFICIAL website of INTERPOL. So we advised the person to go to the Philipsburg police station, and ask for Inspector Bloeiman or former Chief of Police Peter de Witte as they are the two who are in charge of the department regulating St. Maarten-Interpol connections. We also advised that it be explained to Bloeiman or de Witte that this issue had already been regulated with the Dominican Republic law enforcement. ( Mr. Wyatte NEVER went !!!!)

Our Facebook team did not receive a response, but we could see that the person had read the message. A week after Mr. Wyatte was arrested based on the official information that is on Interpol’s website. The same night he was arrested, Inspector Bloeiman of St Maarten Interpol Dept came to the station.

721news would like to stress that if the person behind the bogus FB page, who had contacted 721news, had relayed the information to Mr. Wyatte, and if Mr. Wyatte had followed the correct advice of our Facebook Team, he could have avoided all of this confusion!

The media and the police cannot be blamed for following an official international wanted request.

Interpol is a highly respectable organization worldwide and through this organization they bind all police forces together to hunt criminals, who are in hiding.

721news is happy that Mr. Wyatte regulated his issue via St. Maarten’s Interpol Department. Had he followed our advice since June 28, he would not have encountered so much confusion.

Our news team does not fabricate or publish fictional news, WE REPORT FACTS and Mr. Wyatte was on the Interpol list at the time we published it! From good source he had “domestic” problems in Dominican Republic regarding a minor child !!!!

Our news team NEVER mentioned that he was charged with “sexual abuse against minors.”

721news also wishes to stress that Mr. Wyatte needs to be very happy and thankful that our news team alerted him that he was on Interpol list, because at least he got arrested in his home country and not in some other man’s country. Today, this issue is regulated and he is not on the international wanted list anymore.

What he need to worry now is to really get this info OFF the official Interpol website because up to July 08th, 2016 at 20:12 pm his warrant is still showing !!!! If it dont come down he will be arrested again when he leave his home country !!!

721news Management
“If the news is not from The Real Paparazzi then the news may not be reliable.”