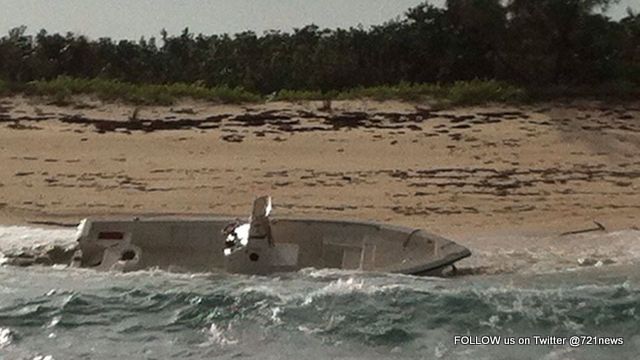 GREAT BAY, Sint Maarten (DCOMM) – Boat owners are being advised by the Office of Disaster Management (ODM) to review their hurricane preparatory plans so they can be ready to take action in the event of a storm/hurricane threat to the island during the upcoming peak months of the 2016 Atlantic hurricane season.

The 2016 hurricane season has already seen four systems form. The Office of Disaster Managementhereby advises mariners to ask themselves, “How have you prepared yourself for the hurricane season?”

ODM is requesting mariners to make special preparations to stay with friends or in a hotel and not to remain on their vessel during the passing of a hurricane while moored in the Simpson Bay Lagoon or Oyster Pond.

Hurricanes have been the cause of many maritime disasters.

Systems that are forecast to make landfall within 50-100 nautical miles of a particular port tend to be more destructive than those that approach the port from over land or parallel the coast in the vicinity of the port.  Also, ports located in the right front quadrant, based on direction of movement of hurricanes during landfall tend to have higher winds, seas, and storm surge.

The decision to leave port for hurricane avoidance must be made very clearly.  Consideration to the latest safe departure time and likely avoidance routes must be balanced with a number of other factors.  Most important of these is time versus distance.

The risk of damage to a vessel at sea increases as the motion of the hurricane increases towards the maximum safe speed of the vessel attempting to leave port in advance of that system.

Considerations to remain in port during hurricane passage must include an evaluation of the amount of protection afforded by the port.  The direction from which the strongest winds are forecast to blow along with the potential for storm surge must be factored in when deciding whether to seek haven pier side or at anchorage.

ODM says, ‘Remember It Only Takes One to Make It a Bad Season.’