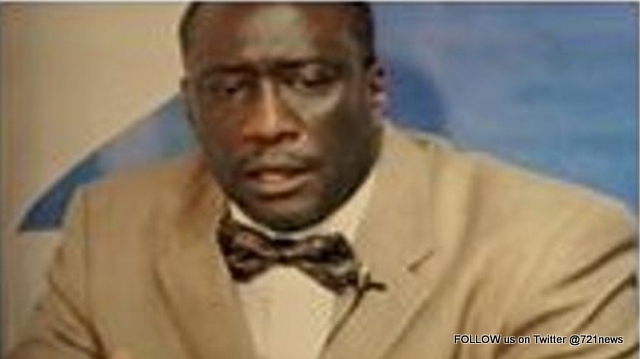 Hidden under the wing of autocracy, cut off from the people of St. Maarten by non-transparence and promised participation in the process, Electoral Reform in time for the September 26, 2016 Parliamentary election appears likely to be out of reach now or any time in the near future.

With the fall of the UP/USP/DeWeever/Marlin coalition and the postponement of Parliamentary elections from February 9, to September 26, 2016 facilitated by National Decree, an Electoral Reform Committee was established to research and formulate electoral reform recommendations to “eliminate ship-jumping” ahead of the September 26, Parliamentary Elections. The question continues to be one of autocratic, non-participatory and non-transparency tendencies.

Notably, the appointment of the Electoral Reform Committee by the Honorable William Marlin, Prime Minister of St. Maarten provided the Committee with specific “notes of instructions” that government can be formed only by political parties, not by individual Members of Parliament (MPs) who have broken away from their parties. Equally important to note here, throughout the workings of the Electoral Reform Committee, the public of St. Maarten never heard a word from the Committee.

Needless to say, without making the recommendations of the Electoral Reform Committee public, the Prime Minister announced that a final decision was made and a draft amendment to the Constitution, pertaining to Electoral Reform to eliminate “ship-jumping was sent off to the Advisory Council for their reaction as well as sent to the Council of State of the Netherlands/the Kingdom Government for their approval.” The Prime Minister further explained that the draft amendment provides for “the freedom of an MP to leave his or her party is recognized”…but then that MP is not a political party and not forming part of a party. You are forming part of Parliament. You retain all rights as an MP, but the support for the formation of a government has to come from political parties.

Secondly, is the manner in which the Electoral Reform Committee went about its work in complete obscurity away from public scrutiny or participation. Throughout its investigations, nothing was heard from the Committee. All briefings related to the process were made by the Prime Minister whose exact “notes of instructions” issued to the Electoral Reform Committee that “government can be formed only by political parties not by individual Members of Parliament (MPs) who have broken away from their parties” – turned out to be the recommendation of the Committee and appeared verbatim, (as explained by the Prime Minister in his press briefing), in the submitted draft amendment to the Constitution. Rather interesting that the Prime Minster knew the findings and recommendations of the “independent” Electoral Reform committee investigation even before the investigation began. One suspects elements of autocracy. Whatever happened to participatory democracy?

Despite the Prime Minister publicly stating the Electoral Reform Committee would hold public information sessions to get the public’s sentiments and suggestions on electoral reform/how to eliminate ship-jumping, these sessions were never held. What followed was the announcement of an online survey with two insignificant open-ended questions, the responses to which were never made known. Similarly, the draft Constitutional amendments/changes have not been readily shared with the people of St. Maarten while it has been shared with others: the Council of State of the Netherlands for them to prepare their advice for the Kingdom Government, who by Kingdom law would have to first approve the proposed Constitutional amendments.

Remarkably, the proposed Constitutional changes were not made available to the people of St. Maarten, who would be directly affected by the changes. Surely it cannot be the view of the P.M. that the people’s knowledge amounts to nothing? But how else to explain this seeming marginalization/minimizing the people of St. Maarten and the lack of transparency in Government. The problems don’t end here.

The draft Electoral Reform’s proposed change to the Election Ordinance to create the possibility for St. Maarten students studying in the Netherlands to vote in the upcoming Parliamentary elections is justified on the grounds that “students are forced to write out of St. Maarten in order to study.” On surface, St. Maarten students studying in the Netherlands being able to vote in their homeland (St. Maarten) Parliamentary election sounds like a good idea. However, one must look at the bigger picture: the socio-political ramifications/the combined social and political factors.

First and foremost, St. Maarten and the Netherlands are part of the same greater territory of the Kingdom of the Netherlands. In modern democracies it is not permissible for any one person to exercise voting power in multiple areas of the constitutional binding territory.

Secondly, the governing party, particularly the Prime Minister and the Minister of Education would have a tremendous advantage over other party candidates in access to and receiving students votes by virtue of the fact that the students are seemingly beholden to them having received rewards from those offices. The Prime Minister, who usually make several trips a year to the Netherlands can easily have a captive ordinance with students. The Minister of Education, who likewise travels to the Netherlands with scholarship students and has the sole responsibility for signing off on hundreds of scholarships each and every year certainly would not go unrecognized on Election Day.

With roughly 600 to 1,000 voting students in the Netherlands at any time and an average candidate receiving about 300 to 400 votes in normal elections, this targeted group of voters can easily be an assurance of victory for the government; an option not available to any other party and/ or candidate.

Finally, the Prime Minister further suggested “that the procedures leading up to elections are regulated by law and it will be a matter of the Justice Minister enforcing these.”  The P.M. proposed that two days or 48 hours before elections, all posters and political paraphernalia be mandatorily removed from public roads “to avoid billboards from all political parties to be around polling stations as this takes away from the idea of free elections.”

The concern here and the question that should be posed to the Prime Minister is the following: what do billboards and political paraphernalia have to do with free election? St. Maarten has been having elections for over 50 years and has never had a problem with free elections. Why are we now seeking solutions to problems that do not exist? The removing of political paraphernalia, posters and billboards 48 hours before election serve no other purpose than to deny the electorate an opportunity to be informed and restrain freedom of speech/expression.

Should the Prime Minister have his Electoral Reform way, St. Maarten would undoubtedly be on the road to autocracy/dictatorship.