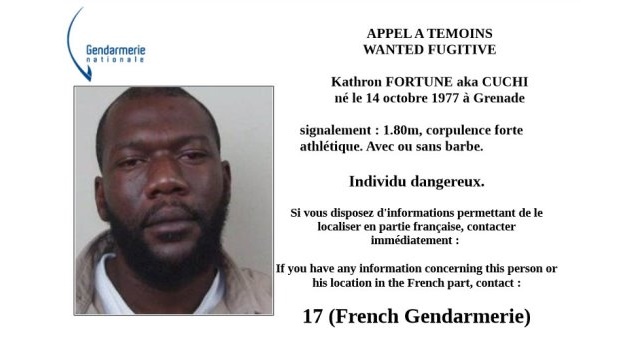 PHILIPSBURG, St. Maarten – The Gendarmes issued a notice on Tuesday informing their residents that they should be on the look out for the escaped prisoner Kathron  a.k.a “CUCHI” Fortune.

They have asked citizens to provide them with information about his whereabouts but to stay clear of the escapee as he is believed to be armed and dangerous.

The Dutch police is also continuously involved in the search for Kathron Fortune. On Tuesday they were seen busy conducting operations believed to be part of the hunt for the prison escapee.