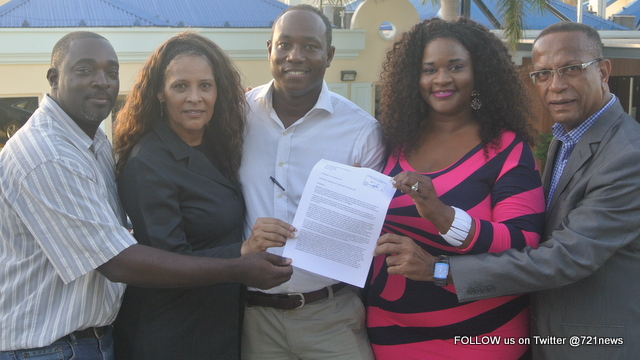 The new political parties drafted a letter of protest that was hand delivered to the governor His Excellency Dr. Eugene Holiday’s office on Monday the 30th of November, 2015. The Letter entails not only the sentiments of the new political parties, but also questions if the fundamental rights of our citizens are being violated and if this course of action can be viewed as  another Political Maneuver to remain in power.

In addition, all administrations should ensure continuity of government and thus cancellation of the snap election is not a prerequisite for electoral reform. It is priority of all parties involved that electoral reform is a necessary undertaking. If the current government is pro-reform then it should not make a difference that a newly elected party executes this. Past experience has shown that electoral reform has never been a high priority on the agendas of previous governments. Thus, we cannot afford to have our democratic right high-jacked or stolen in the name of electoral reform.

This formal letter has been delivered to the Governor of St. Maarten appealing to his better judgment on this matter, requesting him to heed the advice received by the panel of three judges appointed by his Excellency, taking into consideration the dissolving of government was based on said advice, while the very same advice is threatened to be ignored by the current government.