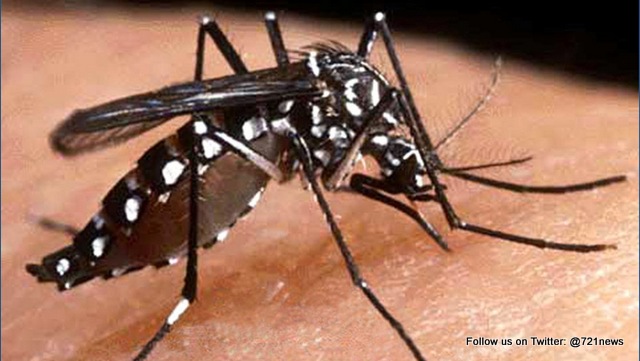 There has been an increase of congenital anomalies such as Guillain-Barre syndrome, and other neurological and autoimmune syndromes in areas where Zika virus is circulating, and their possible relation to the virus, according to PAHO.

In October, Brazil International Health Regulations National Focal Point notified the detection of an unusual increase in microcephaly cases.  Microcephaly is a rare neurological condition in which an infant’s head is significantly smaller than the heads of other children of the same age and sex.  Sometimes detected at birth, microcephaly usually is the result of the brain developing abnormally in the womb or not growing as it should after birth.

Collective Prevention Services (CPS), a department in the Ministry of Public Health, Social Development and Labour (Ministry VSA), will be meeting with medical specialists (gynaecologists, paediatricians and midwives) regarding the aforementioned alert from PAHO.

The Zika virus infection is spread via the vector Aedes mosquito which is also prevalent in the Caribbean and Sint Maarten.

CPS is calling on the population to give the elimination of mosquito breeding grounds their urgent attention especially after heavy rainfall in order to prevent the spread of mosquito-borne diseases such as Zika.

As of December 1st, nine member states in the Americas have confirmed circulation of the Zika virus: Brazil, Chile (Easter Islands), Colombia, El Salvador, Guatemala, Mexico, Paraguay, Suriname, and Venezuela. To date there are no Zika virus cases detected on Sint Maarten.

CPS is therefore advising travellers to take necessary preventive measures when abroad (in the aforementioned countries where Zika is in circulation) and to report upon their return to their family physician if they experience flu-like symptoms.

Since 2014, indigenous circulation of Zika has been detected in the Americas.  In February 2014, the public health authorities of Chile confirmed the first case of indigenous transmission of Zika virus infection on Easter Island, and cases were reported until June 2014.