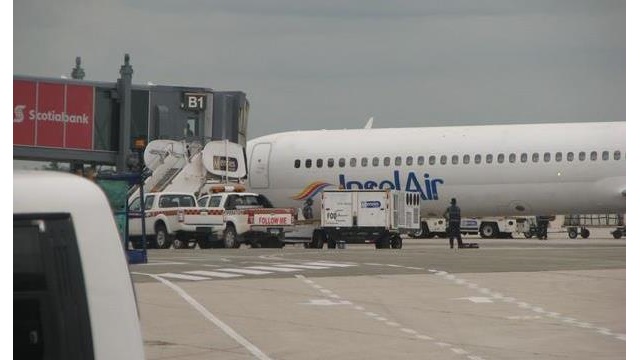 PHILIPSBURG, St. Maarten – An Insel Air flight from St. Maarten to Santo Domingo, made an emergency landing Wednesday afternoon in the Dominican Republic.

According to media reports, the aircraft with 80 passengers on-board encountered problems with its pressurization system an as a result was forced to declare and emergency upon landing at the Las Americas airport.

It is reported that the Captain of Insel Air flight 531 radioed the tower and informed that that they had a “cabin pressurization problem” and the airports emergency services responded with firefighters, Red Cross, Civil Defense, medical and paramedical staff of the Specialized Airport Security Corps and other agencies.

After landing the passengers disembarked the aircraft normally with some of then not noticing that there was a problem as the aircraft landed without experiencing any difficulty.