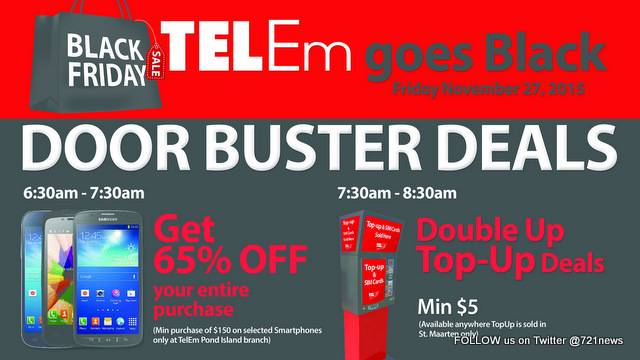 ~The Black Friday deals that will be promoted from Monday, next week.~

Pond Island – TelEm Group customers and members of the public looking for early Christmas bargains are being directed to the company’s first ever “Black Friday” blowout sale, Friday, November 27.

Teaser advertisements have been appearing in the local media for the past two weeks announcing that the company is “turning Black”.

From Monday, all is being revealed with a formal announcement that the Black will be the company’s “Black Friday” sales campaign – along with some of the great deals that will be on offer.

Brochures will also be appearing in the print and electronic media, also online, giving more detailed information about all that is available in the Black Friday sale.

The deals include huge discounts on selected phones and accessories, Top-up deals, TelEm Calling card deals and a Red Dot sale on items throughout the stores.

The coordinators of the sale say all attempts will be made to control the number of persons in the stores at one time during particular hours of the day.

Extra security will also be on hand, along with company personnel who will be assisting members of the public. 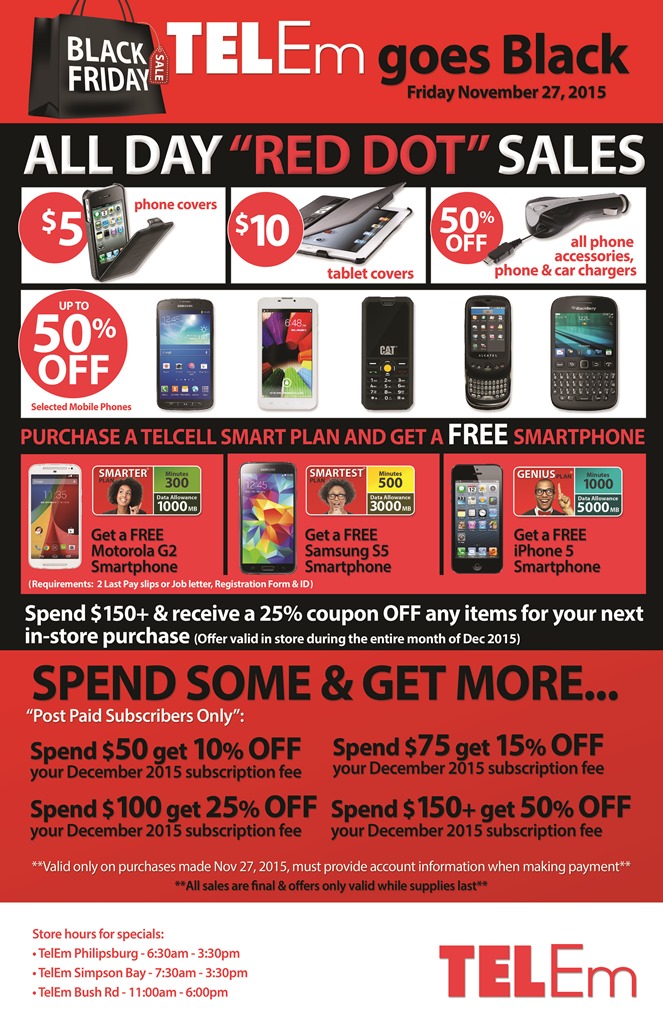 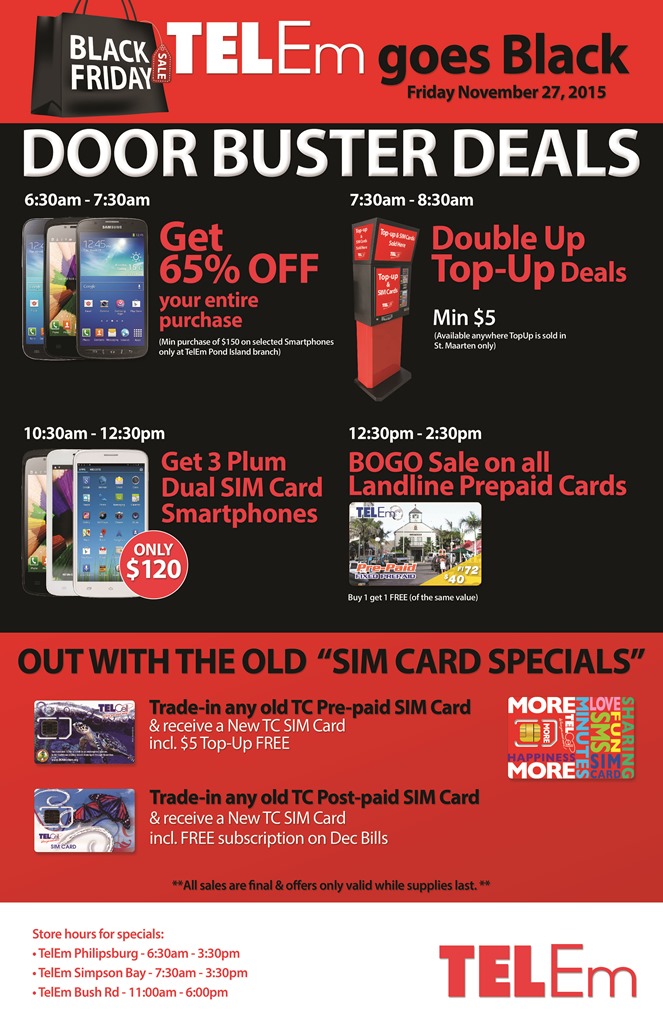