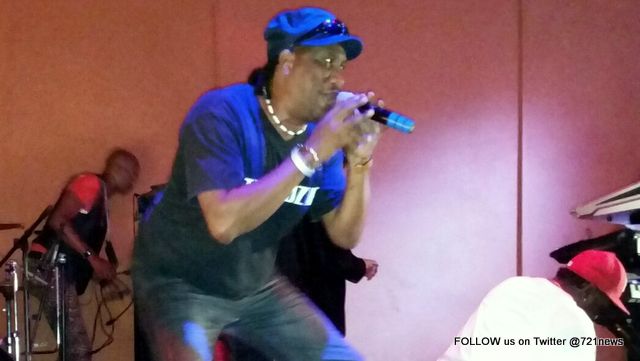 The events are lead by Mr. Dallas Michael who was pleased to have St. Maarten artists as part of the aforementioned programs and expressed the hope that the winners of St. Maarten’s annual Soca Rumble could perform annually in Miami Carnival.

T-MO: “The crowd response was nice. The Caribbean islands were over all well represented. I was performing for at least 30000 people and was approached by 3 DJ’s that wanted to push my music.

FOX: “I had a great experience, I got to work over the crowd as they warmed up to me. I received business cards from Caribbean Promoters who want me to perform in the US.” He also felt that St. Maarteners  should attend this event if possible and include some St. Maarten flags in the crowd as well. He said the “I Love SXM” t-shirt that he wore during the performance was getting a lot of attention “and some even misinterpreted it as “I Love SEX,” he said jokingly.

According to Grisha Marten of Montage, the intention was always to give the winners some additional exposure after Carnival. This was announced before the competition and she was happy that Montage with the assistance of the Tourism Bureau managed to give St. Maarten’s talented Soca singers some international exposure.