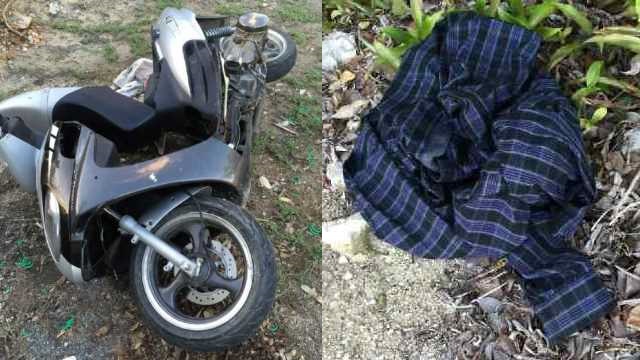 CUPE COY, Sint Maarten — The Special Robbery Unit of the police department is presently investigating an armed robbery which took place on Friday October 30th on Jordan road in the Cupe Coy area.

The victim stated that earlier during the day he had seen a suspicious looking man riding in the area on a scooter with a helmet on his head.

Later in the afternoon he went to bank to collecting the payroll for the workers. When he arrived at the worksite and stepped out of his car he was attacked by the same suspicious man he had seen earlier during the day.

This suspect threatened him with a handgun and demanded him to hand over the money he had in his possession.

Fearing for his life he dropped the money at which time it was taken by the suspect who took off on his scooter in the direction of Lowlands and possibly fled to the French side of the island.