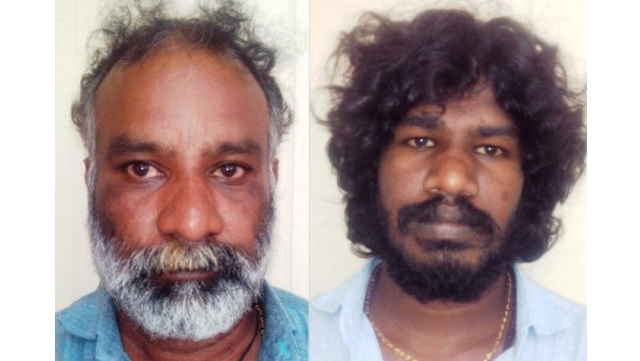 ST JOHN’S, Antigua, Nov 10 2015 – The police on Tuesday arrested Sandeep Gangadharaiah and Krishna Chennai Madras both of India for being involved in the practicing of Obeah.

Acting on information, the police armed with Search Warrants, conducted a search on a Rohan Henry Street property occupied by both men, and found several pieces of evidential materials believed to be used in the practicing of Obeah. Both men were arrested and taken into custody. The items found were seized and taken to the station pending further investigations into the matter.

The Police Administration is reminding members of the public that it is an offence, for anyone to be engaged in any form of Obeah or any form of Supernatural Practices, or even act as a consultant in such matters; in accordance to the Obeah Act, Cap 298 of the Laws of Antigua and Barbuda.

Under Sections 5, 6,7,8,9 and 11 the Obeah Act, it clearly states that: Every person practicing, or in any way concerned in the practice of obeah, or using any subtle craft, means or device by obeah or otherwise shall be liable to be imprisoned for any period not exceeding five years or 12 months as the case may be.

The Act went on further to state that any person, who pretends or professes to tell fortunes, or uses any subtle craft, means or device, by palmistry or otherwise, or pretends to cure injuries or diseases ect, has committed an offence the Act.