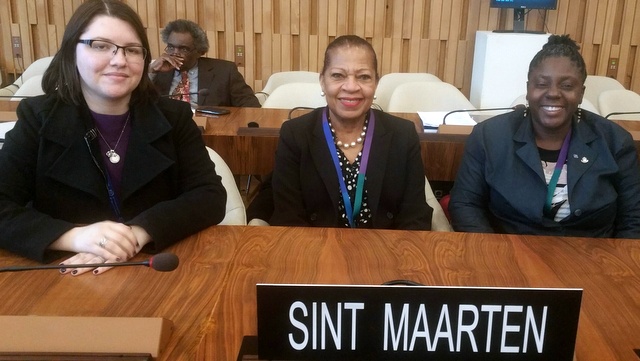 A diverse programme of education events will take place during the 38th UNESCO General Conference which is being held from November 3-18.

On November 4th, the Education 2030 Framework for Action was adopted in the presence of more than 70 Ministers, heads of Member States delegations, representatives of United Nations (UN), multilateral and bi-lateral agencies, civil society, regional organizations, the teaching profession, academia, youth and the private sector.

On the opening day of the conference Prince Haakon of Norway and UNESCO Director General Irina Bokova took part in a ceremony to endorse the Safe Schools Declaration with provides governments with the opportunity to express broad political support for the protection and continuation of education in armed conflict.

Also on opening day, a side event was held to launch the Gender Summary of theEFA (Education For All) Global Monitoring Report 2015.

In addition the Teacher Policy Development Guide produced by the Teacher Task force for Education for All was also launched.

Also on 4 November a symposium was organised by the Permanent Delegation of the Kingdom of the Netherlands to UNESCO on Preventing and addressing violence and discrimination based on sexual orientation and gender identity/express in and through education.

At a high-level side event on 4 November  Bokova and the Assistant Director-General of Education Qian Tang were due to attend the launch of the publication “Rethinking Education: Towards a global common good?”

“The discussions so far have been very informative.  Sessions dealt with assessing the value of UNESCO, public and private partnerships and the UNITWIN/UNESCO Chairs programme.

“For the first time an interface session between the National Commissions and Field Offices was organized.  We are looking forward to the other deliberations and discussions, because this information can then be included into our own policy-making,” Minister Plenipotentiary Josianne Fleming-Artsen concluded.