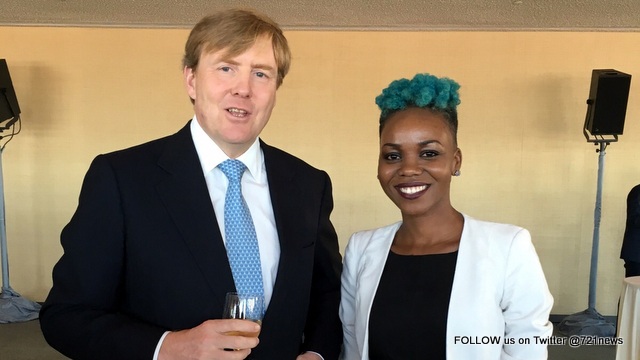 NEW YORK — Keoma La Hamer, Social Enhancer, known for her commitments to Cervical Cancer & HPV Awareness through the KeLaHa Projects was a speaker at the UN Women’s Entrepreneurship Day conference which was held at the United Nations Headquarter on Friday, November 20th in New York City.

The Permanent Mission of Grenada to the United Nations and the UNESCO Center for Global Education in collaboration with the office of Global Health and International Development School of Public Health, Drexel University, BJ Recourses Ventures Inc. and the Society of Nigerian Artists convened the 2015 Women’s Entrepreneur Day under the theme Entrepreneurship for economics and Empowerment (3Es) for Sustainable Development and prosperity for all.

Seated on the main platform alongside all other keynote speakers including H.E. Denis G. Antoine, Permanent Representative of Grenada, Dr. Ada Okiki, UNESCO Center for Global Education, Mr Li Yong, Director General of the United Nations Industrial Development Organization (UNIDO) amongst others, Hamer spoke on the sustainability of women as a means to assist in stabilizing and growing economies.

A woman’s health is essential to her ability to engage in every arena of public life, including the economy. Diseases such as cervical cancer strike women everywhere and more so, during their most productive working years. As thought leaders and game changers who continues to showcase excellence in social entrepreneurship and commerce that contributes to sustainable development in our communities we must be mindful of our profound impact within our villages and therefore it’s key as we take care of our societies and world we must too take care of ourselves.

Hamer also stated, “Being ill and uninsured has multiple economic consequences as well. There are costs for individuals, in terms of poorer quality of life and reduced productivity; for businesses, whose employees miss work or retire early for health reasons; for the health care system, which is burdened by bad debt and inefficient care for the uninsured; and for society at large, which for-goes the economic benefits of a healthy, productive population.” 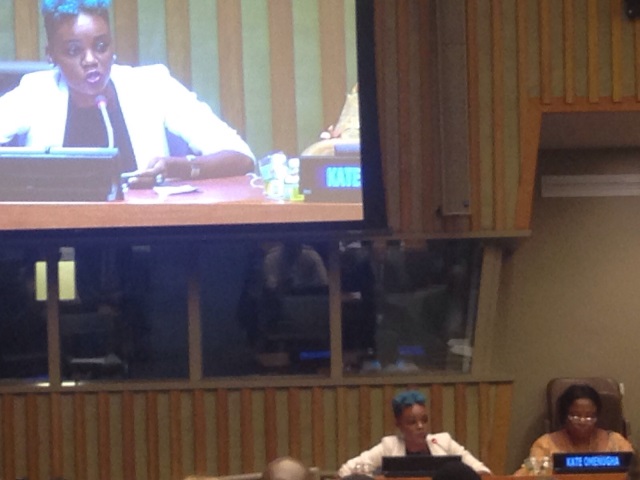 King of The Netherlands, Willem-Alexander was also present at the United Nations Head Quarters as he was attending meetings and receptions regarding the Global Water Partnership / Clean Water Program. King Willem-Alexander, a patron of the Global Water Partnership, was appointed as the Chairperson of the United Nations Secretary General’s Advisory Board on Water and Sanitation almost ten (10) years ago.

King Willem-Alexander learnt of Keoma La Hamer’s presence at the UN and her participation in the UN Women Entrepreneurship Day conference and requested to meet with her personally. Hamer and King Willem –Alexander spoke for a while regarding her presentation, St. Maarten, his clean water program, her ongoing Cervical Cancer & HPV program that is conducted through the KeLaHa Projects Foundation amongst others.

The United Nations began the celebration of Women’s Entrepreneurship Day on 19 November 2014. This global program serves to share and promote pioneering initiatives that lead the fields of excellence.

To highlight the contribution of women entrepreneurs to economic development, and the need for continued support of women for the development of thought leaders and successes in the eradication of poverty.

The defining goal is to inspire and unleash creative skills; in addition, to gather focus groups of women leaders as drivers of action for sustainable economic development in the Post-2015 era. 2015 Women’s Entrepreneurship Day bore great significance as the new set of Sustainable Development Goals and targets are adopted as the pathway to the future we want.