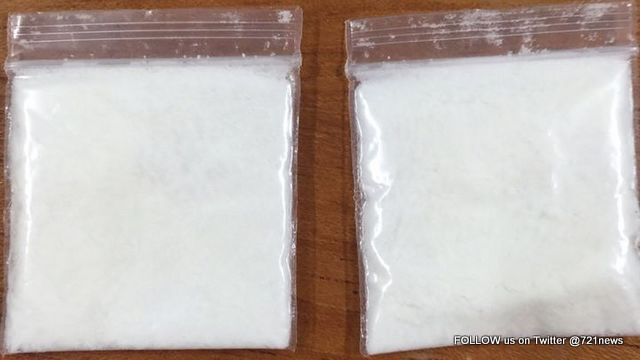 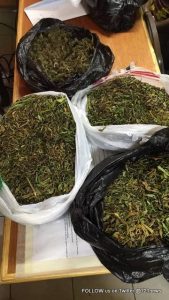 Basseterre, St. Kitts, November 07, 2015 (RSCNPF): A series of search operations conducted by the Special Services Unit (SSU) in support of the Anti-Drug Unit and the Strategic Intelligence Unit (SIU) with the assistance of the Nevis Division and other units of the Royal St. Christopher and Nevis Police Force have resulted in the seizure of a large quantity of illegal drugs. The searches were carried on Saturday (November 07).

According to filed reports, the Special Service Unit (SSU) and the Strategic Intelligence Unit (SIU) while conducting personal and vehicular stop and searches on the Southeast Peninsula and on the Bay Road netted the contraband that resulted in the arrest of four (4) persons.

A vehicular stop and search by officers of the SSU and the SIU in the area of Timothy Hill, Friars Bay around 12.30 p. m resulted in the seizure of 13.5 kilograms of compressed Marijuana with a street value of $450,000EC. According to reports, a bus, TA 209 with two occupants was stopped during the operation and searched. The search uncovered the aforementioned contraband. The occupants Akimba Demming of New Pondsite (owner and operator) and Roy Wilkerson of Shadwell Housing were taken into custody. 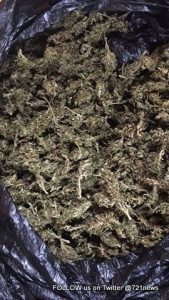 The investigation into this find is ongoing and charges are likely to be filed.

Dexter Somersall of Prickley Pear Alley was stopped by police in the vicinity of the Bus Terminal on the Bay Road. He was stopped on the suspicion of having controlled drugs, firearms and ammunition in his possession. Upon a search of his person by Police, a white powdered substance suspected to cocaine was found. The substance weighing 6.4 grams was later tested and confirmed to be cocaine with a street value of $4200.EC. As a result of this find, a subsequent search was conducted by the execution of a search warrant on a property in Shadwell Housing where he resides. That search netted 762 grams of Marijuana with a street value of $45,708EC. Present at the property was Xenia Collins.

Both Somersall and Collins have been taken into custody and charges are expected in relation to this find.

“Today was a great day in the fight against crime, particular illegal drugs. Half a million dollars worth of marijuana is now in Police custody. Our efforts are paying off,” said a member of the Anti-Drug Unit. “It’s good to see the team in sync, SSU, Nevis, the SIU and all the others who have worked in support of this operation, we can be proud, our citizens can be proud,” he added.

“I want to commend the officers of the Force, today was a good day for us. Our vigilance and dedication is paying dividends, not every day will be this successful. But, day by day, operation by operation we will make inroads,” expressed Commissioner (Ag) Stafford Liburd. The Commissioner added, “today is illegal drugs, tomorrow it may be another illegal weapon, let us stay mission focused, let us be vigilant. I applaud your efforts, we are delivering for our Nation.” 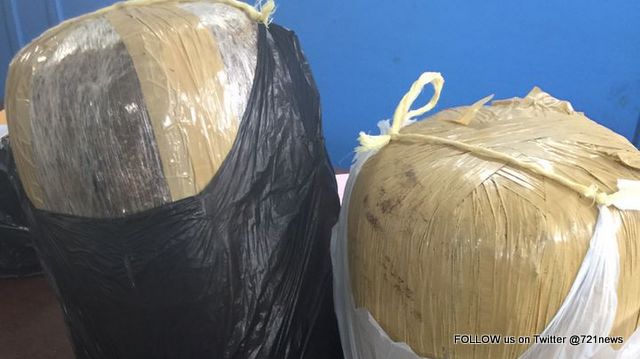