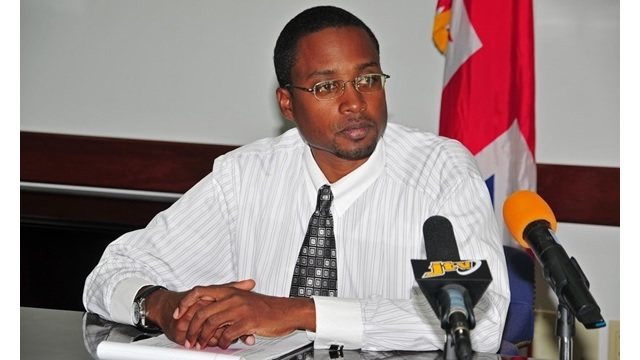 BVI — The Ministry of Health and Social Development has made a public appeal for parents to remain vigilant as the Hand, Foot and Mouth Disease is on the rise in the British Virgin Islands, especially in daycare and pre-school facilities.

While not giving comparative statistics to show the level of periodic increase, the Ministry, in a media release yesterday, disclosed that there are 13 suspected cases – 12 of which have been identified in daycare and pre-school establishments. The names of the facilities were not disclosed.

Elaborating on the findings, Medical Officer of Health Dr Ronald Georges said: “There have been 12 suspected cases identified in five different daycare and preschool facilities locally, as well as one suspected adult case.”

“We need daycare institutions to adhere to proper hygiene and sanitation practices, and sick children should be kept at home until they are well to limit spread of the infection in schools and day care institutions,” Dr. Georges added.

Hand, Foot, and Mouth Disease (HFMD) is often spread where young children are constantly in close contact with each other in schools, day cares, and nurseries.

It mainly affects infants and young children (less than five years old), but can also occur in older children and adults.
HFMD is generally mild, and is caused by a group of viruses called Coxsackie Viruses.

According to Dr Georges, the disease is spread from person to person through coughing, sneezing, and contact with infected feces through changing a diaper, or touching objects which have been contaminated with the virus.

He added that, within a day or two after the first symptoms, a rash and bumps may appear on the soles of the feet, palms of the hands, and inside the mouth. A rash may also develop on the elbows, knees and buttocks. The bumps may blister, but do not cause itching.

Dr Georges said some persons may also have the disease, but do not show any symptoms. They can still pass HFMD on to others.

The illness is usually mild, and persons usually recover from the disease between seven to 10 days.

There is no specific treatment for HFMD, but symptoms can be treated to provide relief.

“Acetaminophen or ibuprofen can be used to manage the fever and pain. Persons with the virus need to drink enough fluids to prevent dehydration. Cold liquids are usually preferable. Spicy and acidic foods should be avoided as they may cause discomfort,” the Ministry of Health said.