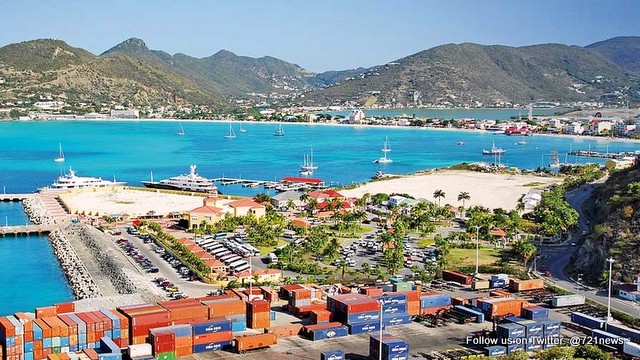 PORT ST. MAARTEN – Port St. Maarten Management the Board of Supervisory Directors, are elated with the news that cruise destination St. Maarten is number one in cruise passenger spending in Latin America/Caribbean based on a study that was carried out on behalf of the Florida Caribbean Cruise Association (FCCA).

The information was revealed at the 22nd annual FCCA Cruise Conference and Trade Show that is currently taking place in Cozumel, Mexico from October 5-9.

Combined, these seven destinations with US$2.11 billion in direct expenditures, accounted for 67 per cent of the total cruise tourism expenditures among the 35 destinations.

The BREA (Business Research & Economic Advisors) Report, is the latest survey-based analysis of the impacts of passenger, crew and cruise line spending, which was prepared for the FCCA and Participating Destinations, October 2015 edition.  The last one was back in 2012.

35 destinations took part in the study.  They were located in the Caribbean, Mexico and Central and South America.

During the 2014/2015 cruise year, cruise tourism generated US$3.16 billion in direct expenditures, 75,050 jobs and US$976 million in employee wages among the aforementioned destinations.

23.6 million cruise passengers disembarked cruise ships and visited the participating destinations or embarked on their cruise at one of the six homeports. These passengers spent $2.45 billion for shore excursions and other goods and services during the 2014/2015 cruise year. Average per passenger expenditures ranged from a low of $42.58 in Trinidad to a high of $191.26 in St. Maarten and averaged $103.83 per passenger visit across the 35 destinations.

An estimated 4.5 million crew members that visited the 35 participating destinations spent an estimated $302 million for goods and services during the 2014/2015 cruise year. Average expenditures per crew ranged from a low of $21.50 in Trinidad to a high of $149.44 in Puerto Rico and averaged $67.10 across all destinations. Unlike passengers, shore excursions are not a focus of crew spending; rather, crew expenditures are more heavily weighted toward food and beverages, jewelry, and electronic goods. These were followed by spending for clothing and entertainment.

Sint Maarten had the second highest average expenditure of $119.13 per crew visit and the third highest number of crew onshore visits (377,400), St. Maarten had the second highest total expenditure among the 35 participating destinations, $45.0 million. In St. Maarten crew expenditures were also concentrated on retail purchases of electronics and jewelry. These were followed by spending for food and beverages and clothing. These four categories accounted for 70 percent of total crew spending in St. Maarten.

In its continuous efforts to promote the destination to the cruise industry, a delegation from Port St. Maarten left the country over the past weekend to attend the FCCA Cruise Conference & Trade Show.

Port Management said on Thursday that it was essential for the destination to continue to be promoted abroad in various markets and to specific industries in order to continue to attract business.  Port St. Maarten has been attending and having a presence at various cruise and boat related conferences over the past few years which has translated into an increase in the number of cruise ships and visitors to the destination.

The FCCA Conference & Trade Show offers one of the best opportunities to interact face-to-face with cruise line executives, presidents and Chief Executive Officers, and Port St. Maarten management and Supervisory Board representatives have been meeting with industry players in Cozumel.

The five-day event will offer meetings, workshops, social functions, a trade show and more focused on gaining insight from and developing business and relationships with some of the industry’s most influential players.

The FCCA represents 19 member cruise lines operating more than 100 vessels in Floridian, Caribbean and Latin American waters.  It was created in 1972, and the mandate of the FCCA is to provide a forum for discussion on tourism development, ports, safety, security and other cruise industry issues.

By fostering an understanding of the cruise industry and its operating practices, the FCCA seeks to build cooperative relationships with its partner destinations and to develop productive bilateral partnerships with every sector. The FCCA works with governments, ports and all private/public sector representatives to maximize cruise passenger, cruise line and cruise line employee spending, as well as enhancing the destination experience and the amount of cruise passengers returning as stay-over visitors.

Back in early September it was revealed at Seatrade Europe Cruise & River Convention, that Port St. Maarten is ranked number five (5) in the World as a Cruise Transit Port.  In 2014, the country’s national port received 2,001.996 cruise passengers for the first time ever.  2014 also marked 50 years St. Maarten as a cruise destination under the theme “Reinventing Cruise St. Maarten.

“Reinventing Cruise St. Maarten,” is about the port continuing to strategically invest and work with local stakeholders and cruise partners to keep the destination in this leading position.