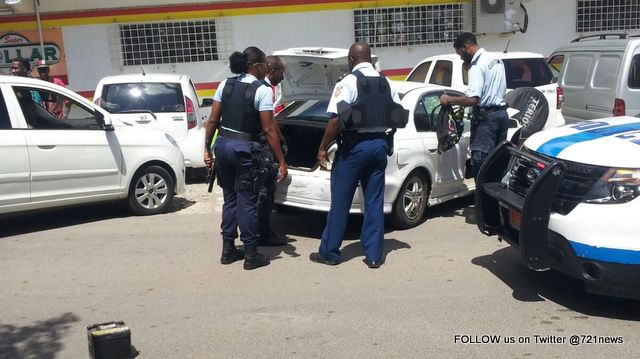 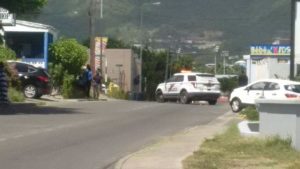 PHILIPSBURG– One man is now in the hospital after he was hit by a police vehicle that was in pursuit of a white car with heavily tinted windows and on the L.B. Scott Road near the Dollar Store.

The man drove into a fence across from the store and jumped out complaining of pains. Bystanders assisted the young man and called the ambulance for help. The police continued their pursuit of the car fleeing from them.

The driver slammed into another car in the store’s parking lot and ran towards the Carib Lumber cricket stadium. Police continued to chase on foot and captured the suspect and arrested him. The driver of the car that slammed into the fence complained about severe pain in the chest and was transported by ambulance to the medical center for treatment.

The suspect who injured his leg while fleeing from police was also taken to the medical center for treatment and was later released to police.

While on a routine control on the L.B. Scott Road at the entrance of St. Johns a car coming from St. Peters ignored a stop sign drove off in a high speed. This led to the chase, nobody else was injured. The man told police he had fled because he had no license Police searched his car and confiscated several items.

Police spokesman Chief Inspector Ricardo Henson said the controls are randomly done at several remote locations on the island. Traffic on the L.B. Scot road was partially closed off and traffic was diverted to other roads to get in and out of the St. Peters area. The Police Traffic Department and detectives are investigating why the suspect behaved the way he did. 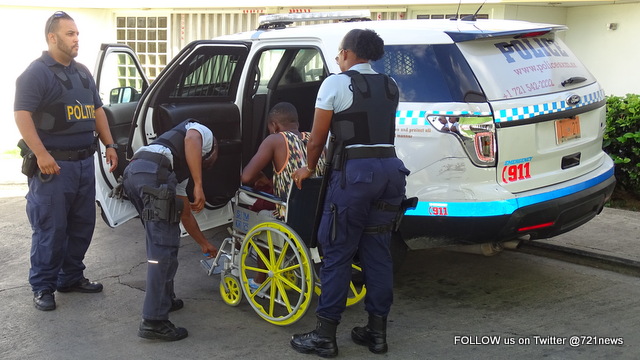 On Wednesday October 7th at approximately 12.45 p.m., while on the L.B. Scot road, a patrol from the Multi Disciplinary Team attempted to stop a white Mitsubishi Galant with heavily tinted windows, with license plate P-389 in order to conduct a routine control. The driver of the vehicle sped off at very high speed in the direction of the Church Hill round-a-bout when the officers approached the vehicle.

The officers chased after the vehicle and reaching the intersection of L.B. Scot road and Isis road the driver of the vehicle made an abrupt left turn into Isis road causing a collision with the oncoming traffic, which was a silver colored vehicle with license plate M-7706, causing this vehicle to impact a concrete wall and a light pole.

The P-389 then hit a parked car with license plate M-8209 and came to a stop. The driver of the P-389 then jumped out of the car and took of running in the attempt to get away from the police. Police officers chased the suspect on foot and apprehended him shortly after.

Traffic on the L.B. Scot road was partially closed of and traffic was diverted to other roads to get in and out of the Sint Peters area. The Police Traffic Department and detectives are conducting their investigation to find out what caused the suspect-driver to conduct himself that way. 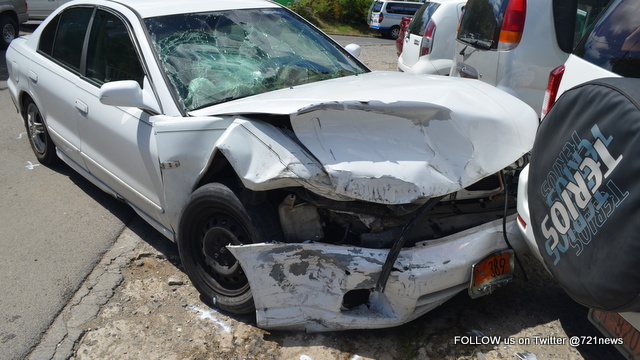 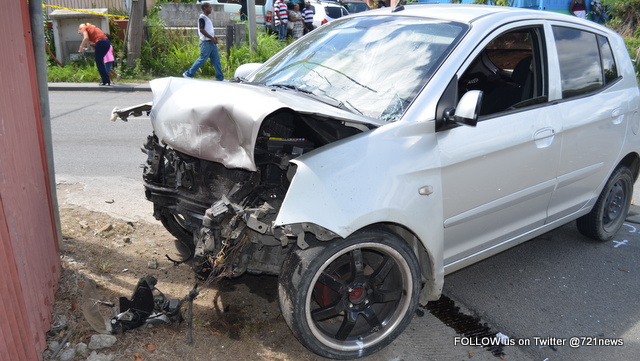