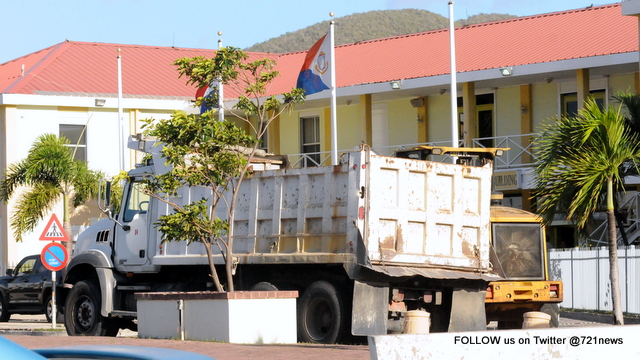 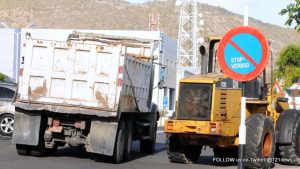 A forklift, a dump truck and a flat bed truck were effectively used Wednesday morning to restrict the flow of traffic in front of the building, the seat of the Council of Ministers.

This is in obvious protest against the Council of Ministers of St. Maarten as they wait for the completion of the Constitutional process associated with the enactment of Article 59 of the Constitution of Sint Maarten. There was a small group of people attending the protest action on Wednesday morning.

Members of the eight seat majority in Parliament is maintaining that Article 33 sub 2 of the Constitution of Sint Maarten calls on the Ministers to make their position available based on the fact that they received a vote of no confidence from the Parliament of St. Maarten.

On Tuesday evening a release from the National Alliance faction in Parliament showed that the factions of the NA, DP, USP, Independent MP’s Silvio Matser and Maurice Lake indicating that they will not attend a called for meeting by the Prime Minister to all parliamentary faction leaders for Wednesday, October 14th at the Government Administration Building.

The agenda point for the 9am meeting was “seeking support for solutions for stability in Government”.

Wednesday morning protest also comes at a time when the Prime Minister stressed the need for stability, civility and tranquility in the country.

The Prime Minister stated Tuesday that; “This approach being offered brings Parliament and Government together to work in the interests of the people. I am looking forward to meeting with the various faction leaders as we discuss possible solutions for stability in future Governments of this country,”

The blockage of the Government Administration Building is being monitored by the police who ordered the placement of barricades in a bid to secure the area.

The flow of traffic in Philipsburg is not however seriously hampered as a result of the protest. 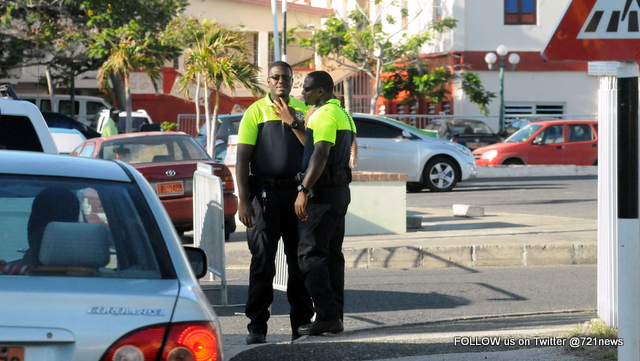 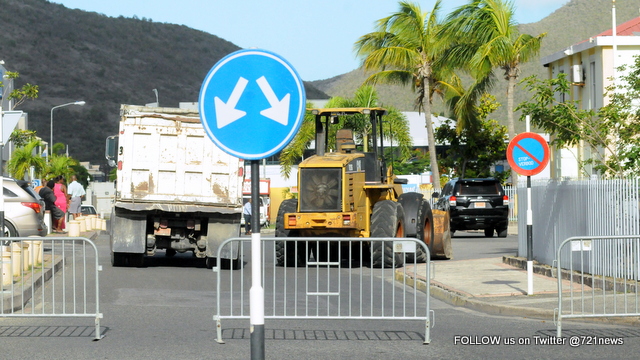 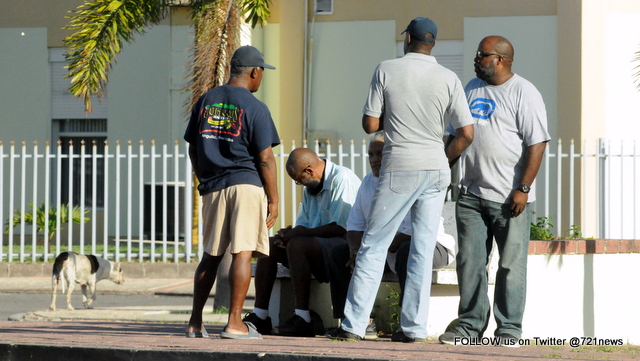 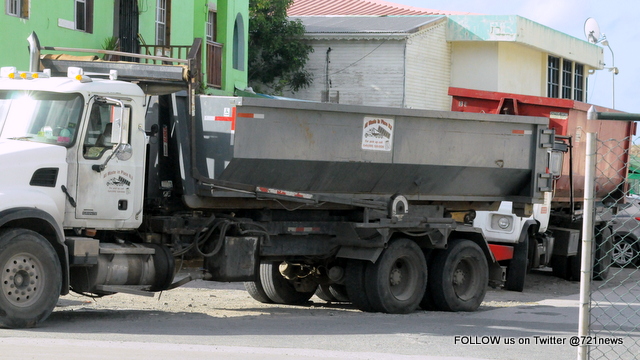