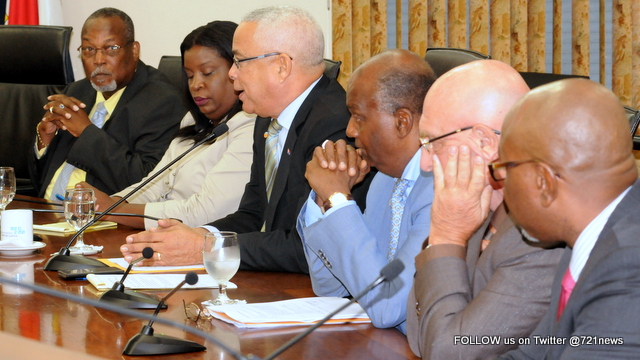 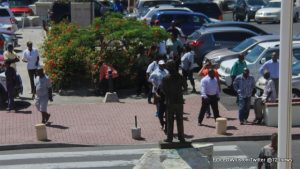 PHILIPSBURG, Sint Maarten — The Government of St. Maarten have taken the mature and ethical approach in reaching out to the faction leaders with the best interest of the people of St. Maarten in mind.

However, the faction leaders of the newly formed coalition blatantly refused to meet with the Council of Ministers, to explore solutions for stability in future government.

It is important for the public to know, that this approach was to bring about electoral reform and a solution to the current impasse; this would mean that discussions would have taken place in order to prevent individuals from Ship-jumping, through new legislation.

It is also important for the public to know that the issue is not about the Council of Ministers maintaining their position, it is about ensuring stability for future Government functioning.

While freedom of expression and freedom of assembly are two rights given to all citizens, everyone need to know, that any acts which contribute to criminal offence during a protest could lead to you being arrested.

Earlier today, what was supposed to be a peaceful protest, resulted in the access to the Government Administration building being blocked by heavy equipment. 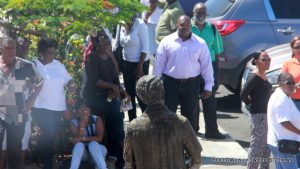 Some Members of Parliament of the newly formed coalition stood by and watched while a handful of protesters tried to cause havoc with MP Christopher Emmanuel instigating them to chain the front door.

The police had to intervene during the little militant protest, as one of the protestors attempted to chain the doors of the Government Administration Building, which instilled fear in several civil servants causing them to vacate the building.

That individual was caught on camera, however, he was warned to foster peace amongst the small gathering.  Around 11.45 am the police instructed the protestors to remove the heavy equipment with which they complied.