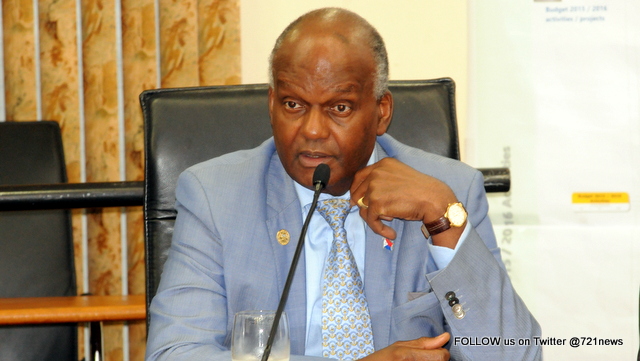 PHILIPSBURG, St. Maarten – The measures taken by the Police Force of St. Maarten following the killing of Officer Benjamin on Wednesday, August 5th has led to a decline in criminal activities in Philipsburg.

Whilst addressing that issue on Wednesday, Minister responsible for Justice, the Honorable Denis Richardson also spoke of the positive impact that the joint patrols in Philipsburg have been having.

The Justice Minister who was at the time addressing the crime situation on the island at a press conference, also indicated that the police will continue to do their work in the most effective way that they possibly can.

It is against this back drop that the Minister stated that assistance is also being sought from the Ministers of Justice of Aruba and Curacao in getting additional officers from the two countries in an effort to efficiently deal with the crime situation.