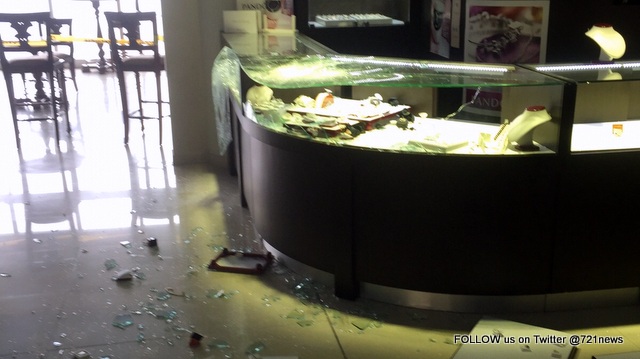 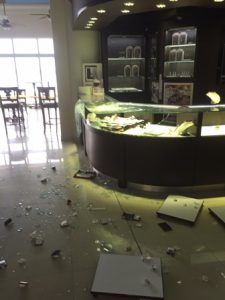 PHILIPSBURG, St. Maarten – The St. Maarten Police Force are still on the hunt for the persons responsible for robbing a jewelry store in Pelican Friday.

Initial reports stated that the robbers entered the establishment and caused significant damage during their crime before escaping in a car.

No description of the vehicle was given.

Police spokesman Inspector Ricardo Henson confirmed the robbery had taken place and that they found an abandoned vehicle in the district of Cole Bay that the robbers had ditched.

He also confirmed that they are looking for three to four robbers.