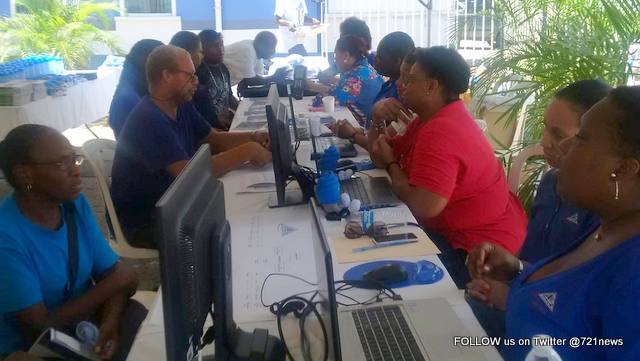 PHILIPSBURG – As part of NV GEBEs 55th anniversary celebration this month, the power and water distributor organized last Saturday an Open House and a tour of the Power Plant at Cay Bay.

Chief Financial Officer (CFO) Rene Gartner on Monday stated that he was very pleased with the turn out by the company’s customers.

“It was also an opportunity for our customers to celebrate with NV GEBE employees and management the 55th anniversary of the company.  It was an opportunity to provide information as well and answer questions that the customers had,” Gartner said on Monday.

The Open House took place in the parking lot at the Management Building on C.A. Cannegieter Street where snacks and drinks were provided.

There were two bus tours to the Cay Bay Power Plant on Saturday.

NV GEBE recently celebrated its 55th anniversary having been in the electricity generation business since 1960.

PHOTO CUTLINE: NV GEBE customers at the Open House on Saturday and touring the Power Plant.