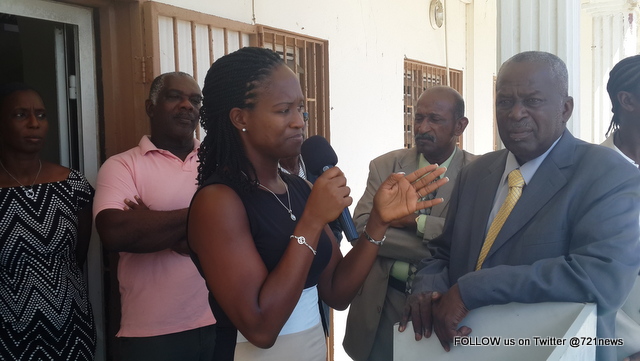 FRENCH QUARTER, St Martin —The long dormant French Quarter Cutural Center will be renovated and re-opened, a new board for the Center disclosed on Saturday.

The Cultural Center was closed down by the security commission a few years ago due to electrical defects and other issues which also led to the association responsible for the Center at that time also disbanding. The building is the only Cultural Center on the French side not owned by the Collectivité.

Now the New York-based branch of the Willing Workers Association, the original founders and builders of the Center some 47 years ago, has vowed to re-open it.

The initiative to reopen has been spurred on by Leopold Illidge, one of the Willing Worker founders, who felt the Center could not be left to deteriorate further. Two successful fund raising BBQ events have already taken place for which Illidge thanked the public for supporting.

It was also necessary to form a branch of the Willing Workers Association in French Quarter  so it can apply for subventions and other incentives from government.

“There are rumours that the building has to come down but I invite anyone to come inside and see,” Illidge said at a press conference. “There is nothing wrong with the building, in terms of the structure. Roofing needs fixing but it can be fixed. Putting up a new building here is not going to happen.

“In the statutes of our constitution it says the building will be built in French Quarter but I remind you that it is intended to serve the entire island, not just for French Quarter.”

Damaseau said Leopold Illidge’s wish is for the board to be “as responsible and devoted” as possible to the Center.

“The objective is to get the Center up and running again so we can help in getting the youth off the roads, implementing activities for the youth and senior citizens, and bring life back to the Center, how it used to be.”

There is no particular timeline for when the Center should re-open but the board is determined to take its time and do everything in the right way.