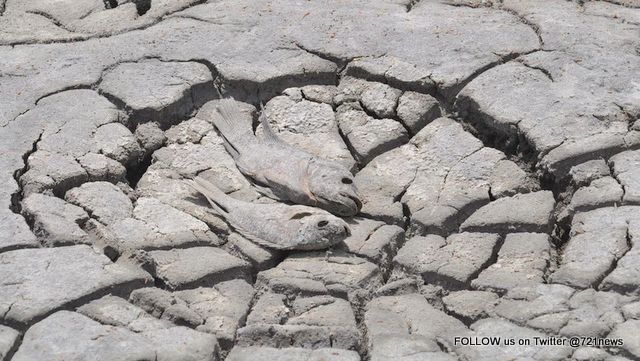 PHILIPSBURG, Sint Maarten — During the recent drought surveys of the Great Salt Pond the Sint Maarten Nature Foundation took various soil samples in order to test for a wide spectrum of heavy metals caused by the Philipsburg landfill. Results have shown that the soil samples returned positive for nickel, zinc, arsenic, lead, cadmium, copper, chromium and other heavy metals.

Because of the numerous amounts of materials containing heavy metals dumped on the landfill, the material has percolated into the Great Salt Pond in the form of leachates causing the area to test positive for heavy metals compounds.

“Of particular concern to us are arsenic, lead, cadmium, and copper because of the human health effects. Although the samples we tested did not give us levels on the amount of these heavy metals, they did show that they were percent and that is a concern to us. Particularly lead, arsenic and copper can be quite toxic to humans and have been shown to cause some forms of cancer.

According to the US National Institutes of Health the main threats to human health from heavy metals are associated with exposure to lead, cadmium, mercury and arsenic. For example, Cadmium compounds are currently mainly used in re-chargeable nickel-cadmium batteries and have been shown to have cancer-causing agents.

Similarly Arsenic, chromium and lead have also been shown to have compounds that may result in cancer or organ poisoning to those exposed to the heavy metal.

All materials tested returned with a P