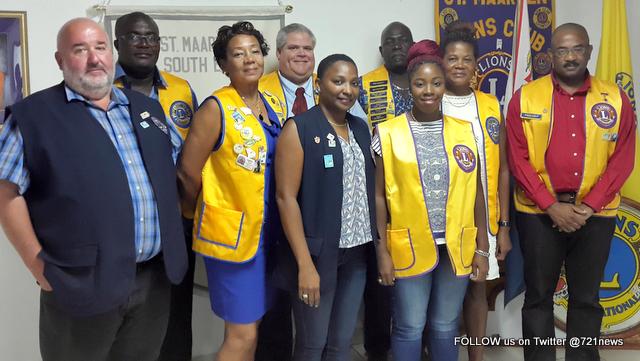 Philipsburg/Marigot/St. Barths – The Lions Clubs of St. Maarten/St. Martin/St. Barths are joining forces to host a fund-raising Radio-thon to bring much needed financial help to the people of Dominica still affected by the devastating effects of Tropical Storm Erika.

The ambitious project hopes to raise more than $30,000 to provide for those in most need in Dominica.

According to Sint Maarten Lions Club President, Eldert Louisa, the idea of a Radio-thon came out of a specially convened meeting of St. Maarten’s five Lions Clubs at the Beach Hotel, St Martin, on Monday, September 8th, 2015.

The meeting was called to discuss the situation in Dominica and how the Lions Clubs on St. Maarten/St.Martin and St. Barths can best assist.

“Many organizations are collecting and sending urgent relief items such as water, food and clothing as well as medical supplies, so we felt that we could combine our resources and call on our extensive contacts in the various communities to supply some funds for the relief effort that can be used with the rebuilding of lives of various families, many of whom have lost everything they have,” said the various Lion Presidents.

All funds collected will be sent to the Lions Club of Dominica for distribution giving priority to those in most need.

“Our sister club in Dominica will know what the best needs are since they are on the ground. Our task now is to get some financial resources to them as soon as we can,” continued Lion President Eldert.

He said before and during the Radio-thon businesses and members of the public will be invited to make a pledge for Dominica, noting that it does not matter how small the pledge is, because each guilder or dollar will count.

“The real work will come collecting all the pledges made immediately after the Radio-Thon,” said the Lion’s president, who urges everyone to remain committed to their pledge once it is made.

“This year we are working with the motto: Where there’s a need there’s a Lion, this could never be more true than what we plan to do for Dominica with the upcoming Radio-thon. There is certainly a need in Dominica and you can be sure that we are there to do all that we can together as concerned service clubs who want to give a helping hand, “said Lion President Eldert.