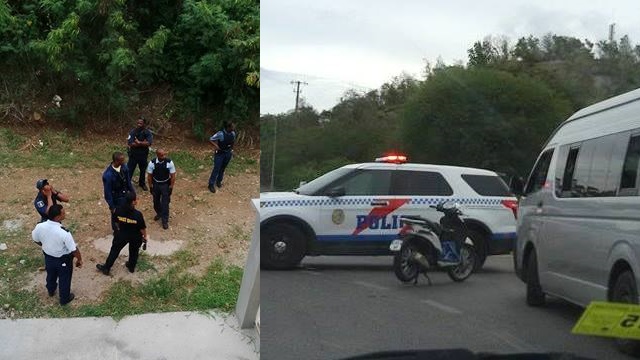 ALMOND GROVE, Sint Maarten — On Tuesday September 15th at approximately 03:00 p.m. several police patrols and detective were sent to the home of a colleague from the Dutch Marechaussee located in Almond Grove Cole Bay to assist her after she had been robbed by an unknown armed man.

On the scene the colleague stated that she had just arrived at home when she was confronted with an unknown masked man, who was armed with a gun.

This man threatened to use the weapon if she did not cooperate. The robber then went on to take two shoulder bags containing personal items such as a wallet, cellular telephone and some cash.

After committing the robber fled the scene through the bushes at the back of the premises.

An intense search of the area by several police officers including the K-9 unit was done however the suspect was not found.

The investigation is being done by the Special Robbery Unit.