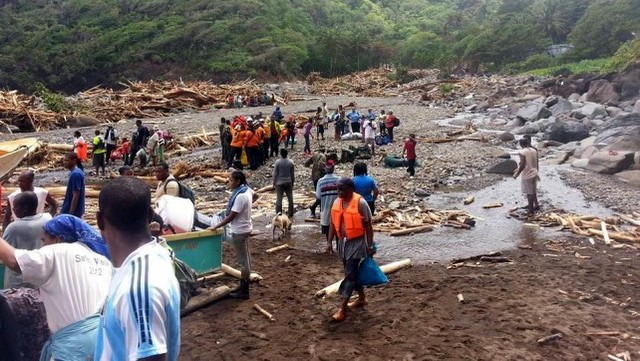 DOMINICA — Five hundred and eighteen residents were evacuated from Petite Savanne and 121 from Dubique up to August 31 but some persons are refusing to leave the communities.

Petite Savanne was declared a Special Disaster Area and Government was focusing significant efforts on that community. Earlier this week, Parliamentary Representative for the community, Dr Kenneth Darroux said that five persons had been found dead while 15 were missing.

He said 30 of those evacuated from Petite Savanne on Monday were elderly or injured and had to be airlifted.

Ten residents from the Darroux area (one elderly and nine other persons) and three (two elderly and one physically challenged) from the Morne Topie area are refusing to leave Petite Savanne.

“As we said, it is a voluntary process. You have to sign a consent form and we cannot force you,” he said.

Three others who are bedridden are in another part of Morne Topie and efforts will made to evacuate them today.

Moreover, three persons are refusing to leave Dubique, he reported.

Some of the evacuated residents are staying with relatives while others are housed at the Dominica Grammar School.

Efforts will be made to encourage the last remaining residents to leave the two communities.