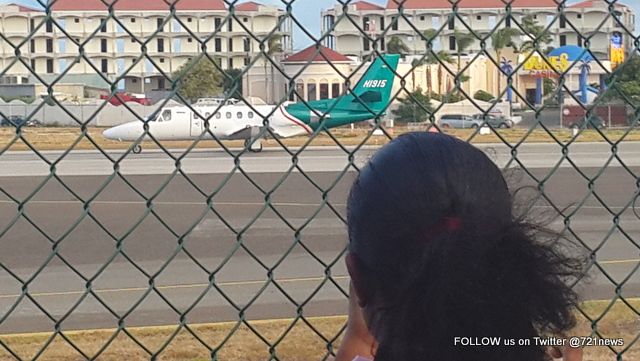 He was transported by a special Air Ambulance flight which is said to have landed safely and that the Officer is now at a trauma center in Santo Domingo.

An extensive evaluation of his condition was conducted by the medical specialist upon his arrival.‎

The father of Officer Benjamin has also requested to convey his and his family’s enormous gratitude for the unbelievable outpouring of love and support they have received and continue to receive from everyone.

Lastly he asks for continued prayers for his son’s recovery.

In the meantime the hunt for the remaining robber is continuing by the police force. We have learnt that the Gendarmes have also joined the hunt and that they are looking for a suspect named A. Carty.

A source who want to remain anonymous told our newsroom “he better walk in the Police station. because the same force they went at Benji is the same force he can expect coming towards him.”

The hospitalized robber is also known as a local rapper that goes by the name of Klio Gotti.