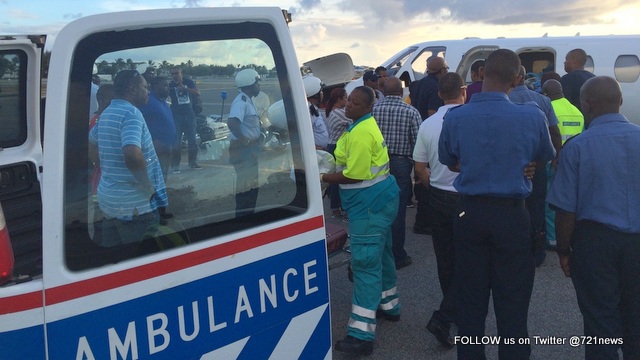 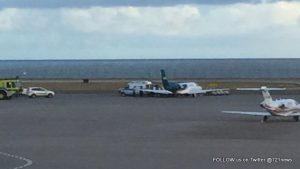 PHILIPSBURG, St. Maarten – Officer Gamali Benjamin who was shot during a robbery on Wednesday, showed signs of improvement Thursday after being treated overnight at the St. Maarten Medical Center (SMMC). 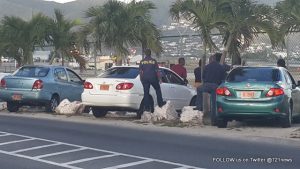 The bullet is said to have struck the officer in his neck and traveled upwards to his head where it is now lodged.

The shooter in Wednesday’s robbery is also being sought by the police and the assistance of the entire community to locate him is being requested.

New information tells us that the suspected shooter is known as Akim Carty and that his partner in arms who is currently hospitalized is named Klio Gotti. He is also said to be a local rapper.

A statement from the police Wednesday evening states that the robber who is currently still on the run is considered armed and very dangerous. No one should attempt to arrest this person. Call the police department via 911. If anyone has any information regarding this robbery, they should come forward and share this information or call #9300. 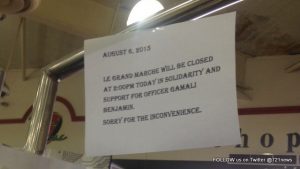 The police also gave a description of the robber. They reported that the second suspect is a young dark skinned man, between 17 and 20 years old, of normal posture, wearing dark sneakers, white socks, a white t-shirt with big brown stripes, shorts, his hair is long at the back with one braid with white beads.

In the meantime the business community is also in solidarity with the police force of St. Maarten and officer Gamali Benjamin.

They closed their doors for business on Thursday as a sign of respect for an officer who many said was a kind law enforcement official that did his work with a kind heart.

President of the St. Maarten Chamber of Commerce and Industry Peggy-an Brandon also told our newsroom that an important meeting to discuss the current situation will take place on Thursday evening at 6:30 at the Chamber of Commerce. 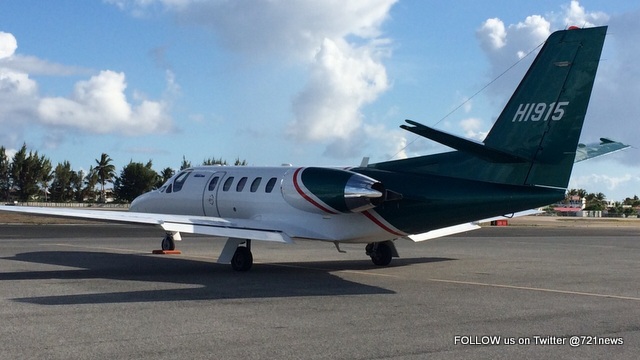