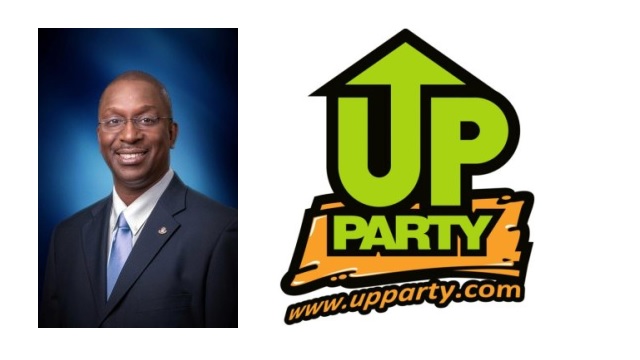 PHILIPSBURG – United People’s (UP) Party Member of Parliament (MP) Maurice Lake says with the new parliamentary year is about to start next month and he would like to see the country moving forward with the execution of priority projects, adding that this is an opportunity.

“First, I would like to extend my heartfelt condolences to the family, friends of one of my childhood friend, the late Robert Boasman of Tangerine Road, St. Peters, who died of a heart attack at his home. I also extend condolences to Johnson family with respect to the passing of Linda Johnson who succumbed to her battle with cancer. Linda Johnson was the mother of UP Party Board Secretary General Stuart Johnson.

“I am very concerned about getting our Medical Center which needs more space and beds for the nurses and doctors to do their work in order to be able to address the health issues on the island.

“As an elected representative of the people and a very community spirited person, it’s high time we give our hospital the necessary space to help our people get the much needed patient care at the medical facility.  It’s sad to see where patients with first class care rooms have to go into third class rooms, and both men and women staying in one room together.

“I have witnessed and heard about too many cases going through our hospital and the Social and Health Insurance SZV long waiting list which needs to be addressed immediately because it’s a matter of life and death.

“I know the Medical Center management and staff are trying their utmost best, but they need more space which all political parties including myself campaigned to create.  I am tired of the talk, it’s time for us to get our priorities together, and the new parliamentary year that is about to open will be the opportunity to move this nation forward.

“I understand money is an issue, but we need to start thinking outside the box and be creative to address the main priorities one by one and see which ones we can execute right away for the people.  I do not favour an increase in the Turn over Tax.  Government has to go after those that are not paying their fair share rather than going after those that are living up to their responsibilities.

“The solid waste facility can be discussed again with GEBE, the recognition of our National University, the Dutch/French Joint sewage plant, building more affordable housing, creating work in the different districts for our young people; we need a marketing campaign in order to drive more business to the destination; establishing our own Integrity Chamber to promote transparency, integrity and accountability; starting the Ring road project in phases; Road links infrastructure (Link 6 road from South Reward to Dutch Quarter), upgrading of Union Road, Cole Bay to ease the traffic flow, are just some of the key projects that need to start moving forward. We need to start somewhere as soon as possible to create work for our people and local businesses.

“I would also like to see the House of Parliament source legal staff or outsource the work to speed up the process of drafting legislation for the people of the country.  As a new MP in Parliament, I am here to draft, amend and put laws in place for the people.  We need to move forward on some pending legislation.  We need to coordinate with the Cabinets of the Ministers in order to facilitate the movement of draft legislation that sits on someone’s desk at departments.

“As an elected representative of the people, I am ready to do my part to help Government set the priorities and start with execution. This is also the time to get all Ministers in place by filling the two vacant positions which would allow the Minister of Education and the Prime Minister to focus on their portfolios and give 100 per cent to them,” UP MP Maurice Lake concluded.