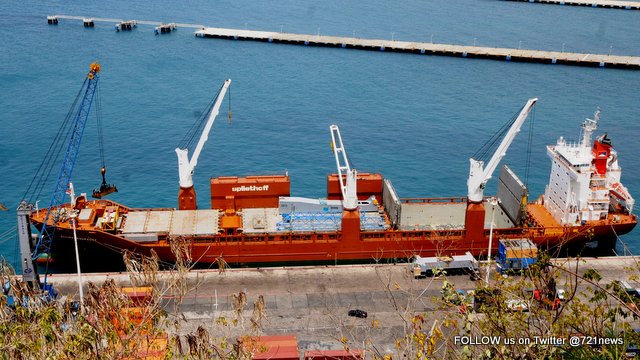 PORT ST. MAARTEN – On Sunday afternoon in a small ceremony that included Port St. Maarten Supervisory Board members, representatives of RBC Bank, and port management officials and staff, witnessed the transfer of several pieces of the newly acquired Terex Gottwald Model 6 Crane from the Motor Vessel Schippersgracht which transported the crane from Germany to the island.  The crane was offloaded over the weekend.

Port St. Maarten now possesses the largest mobile crane – Terex Gottwald Model 6 – in the North Eastern Caribbean.  It will be part and parcel of the operations at the cargo section of the Dr. A.C. Wathey Cruise & Cargo Facility.

Prior to pinning the official Port’s pin as a token of appreciation on RBC Royal Bank representatives Raquel Lo Fo Wong and Peter Beishuizen, Port St. Maarten’s Chief Executive Officer (CEO) Mark Mingo told the small gathering that cargo section is a 24/7 operation.  “It’s all about serious business here at the port where cargo movements represents a big chunk of the revenues generated by Port St. Maarten.

“The process started back in 2008 to develop and expand cargo operations.  We started with RBTT Merchant Bank which later became RBC Bank, who I consider a real partner.  I would like to take this opportunity to thank RBC for believing in us.

“My management style here at Port St. Maarten has been about believing in your people.  You have to be able to connect with your staff, because it is the people that brings success to a company.  You also have to listen to your customers about their needs and requirements, and then as a port you look at how we can facilitate the business development aspect in an efficient and effective manner,” CEO Mark Mingo said on Sunday.

Mingo also thanked the Supervisory Board of Directors for their role in seeing the need for the expansion in order for Port St. Maarten to remain ahead, as well as the Port’s Chief Financial Officer Ton van Kooten and Terminal and Cargo Operations Manager Roger Lawrence, for their steadfast guidance in ensuring the completion of the purchasing and technical/shipping process.

Assembly efforts started immediately by Germany Gottwald technicians on-site and Port St. Maarten Gottwald certified crane experts once all crane parts were offloaded on Sunday. The estimated time to have the new crane up and running, as it relates to the assembling, erection and commissioning is estimated to be around four to six weeks.

Port St. Maarten sold its 14-year old HMK 260E Gottwald known as Crane 1 to a group in Mexico via broker Pacific Handling Systems Inc.  The crane was loaded onboard the Cargo Vessel BBC Congo for a six-day voyage to Mexico back in July.

The acquisition of the Terex Gottwald Model 6 Mobile Harbour Crane and the additional Bromma spreaders will in no doubt bolster Port St. Maarten’s position and continue to expand its cargo related activities and foot print within the North Eastern Caribbean region.

By trading in the older version Model 4 Gottwald Crane for a newer Model 6 crane with an outreach of 15 across and load capacities of 125t, Port St. Maarten will be able to properly accommodate and continue to grow its foot print within the north eastern Caribbean region.

The Terex Gottwald Model 6 harbour crane is high performance for higher handling rates, and is part of the large crane family from Terex Port Solutions.  The crane can be used on ships up to post-Panamax and Capesize Bulker class. 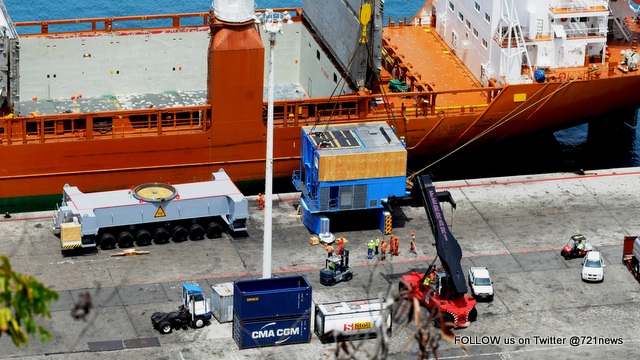 The Model 6 crane is equipped with the technical and ergonomic functions and features required to improve productivity, environmental compatibility and facilitate operation to boost economical and sustainable cargo handling in ports and terminals.  Port St. Maarten crane staff is already trained in using this model of crane.

Over the years Port St. Maarten has invested significantly in Cargo, where infrastructure, dredging, and upgrading of Cranes are concerned; training of staff leading to six local certified operators and supervisors. 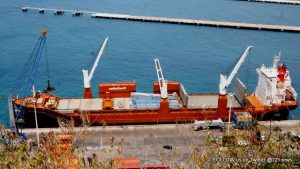 Port St. Maarten cargo facility investments have led to a steady growth in containerized business making the island a regional sub-hub for the North Eastern Caribbean. 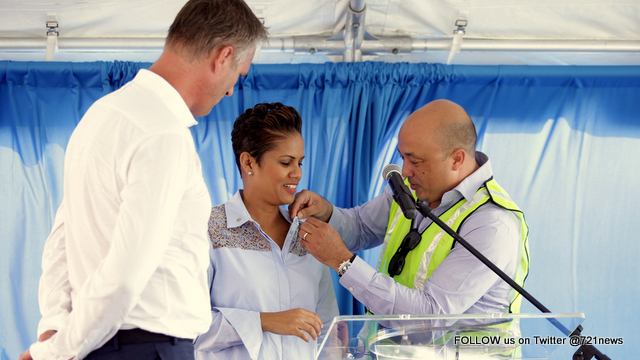