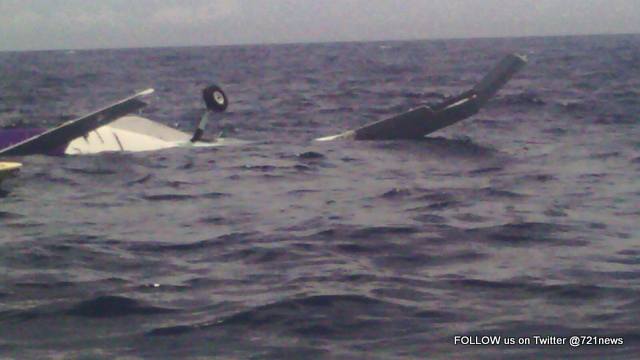 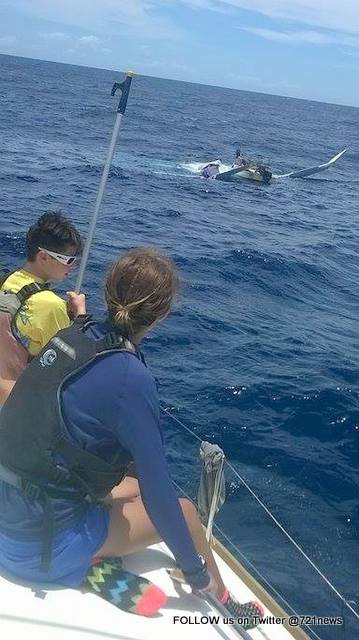 On Wednesday, August 12, 2015 at approximately 12:10, a small aircraft belonging to an international express delivery company, crashed into the sea about 100 yards from the shore of Saba. The aircraft crashed into the sea in the area of the marine park known as Tent Reef. This area is very close to Fort Bay where the island’s harbor is situated.

According to the Harbor Master, at the moment the aircraft went into the sea, his office was alerted by Mayday calls from vessels that were in the vicinity of the incident. Those vessels immediately responded to provide assistance. The pilot of the aircraft, who was the only person on the plane, was rescued by one of the vessels who brought the pilot to shore after which he was transported to the A. M. Edwards Medical Center by ambulance personnel. The pilot was later transferred to the hospital on Sint Maarten for a general check-up, but he is in stable condition.

Attempts were made by boats in the area to salvage the aircraft, a Cessna Grand Caravan C 208, before it sank but this was not possible. The vessel sank in approximately 1500 feet of water.
Also at the scene were the police and fire departments, who provided necessary assistance. Also, a RHIB from the Coast Guard in St. Maarten responded and was on the crash scene in approximately 45 minutes.

Local authorities have been in contact with officials in the country where the aircraft is registered to inform them of the incident.

The cause of this aircraft incident is under investigation.

SIMPSON BAY, St. Maarten, Aug 12 2015 – A small FedEx aircraft crashed into the sea between the islands of Saba and St. Maarten Wednesday afternoon.

The Coast Guard and St. Maarten Sea Rescue set out immediately to search after the crash.

Caribbean News Service (CNS) was told that the pilot was rescued by a nearby yacht that saw the crash. He was taken to hospital.

The plane has reported sunk.