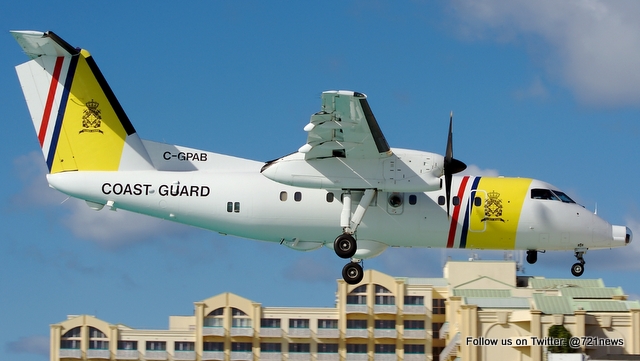 PHILIPSBURG, St. Maarten – On Friday afternoon at around 5pm, the St. Maarten Sea Rescue Foundation received a call from the police that there was a jet-ski with a tourist aboard and that it was drifting after it had capsized at sea in the vicinity of Cay Bay. One person was also reported to be missing.

Together with the Dutch Coast Guard of the Caribbean, the Pilot Boat and the Sint Maarten Sea Rescue a search for the missing person was launched.

The pilot boat, got in contact with the person on the jet ski that had capsized and was told that the other person who was on the jet-ski (a lady), did try to swim back to Great bay.

The jet-ski and the person was brought back to Great Bay however while they were on their way back luckily the missing lady was also picked up.

In the search that was conducted by the mentioned entities, another abandoned jet ski was also found with nobody on-board or around the vicinity. Back at great bay the St. Maarten Sea Rescue discovered that that the jet-ski was also from the rental company. The jet-ski was the one that was launched by the company to look for the other jet ski that had gotten into trouble, but they themselves broke down as well.

The good news is however that that everybody made it back to shore safely. The police confiscated both jet-ski’s for their investigation.

The jet-ski’s didn’t have any registration and one of them was also taking on water. In an invited comment Captain Frans Nieuwenhoven of the Sint Maarten Sea Rescue Foundation stated that all boat operators should think about there safety when they are going to Anguilla by boat for August Monday activities.