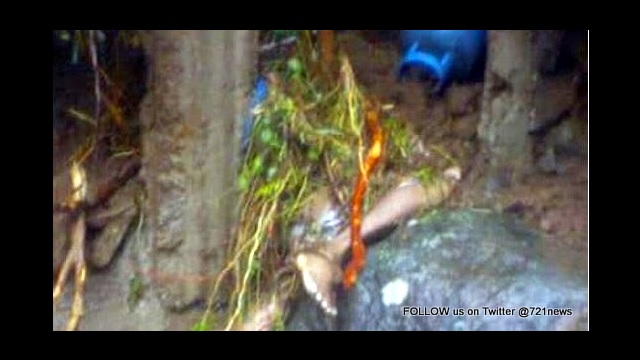 Video of West CoastWatch video captured during a helicopter tour of the West Coast of Dominica.

Roseau, Dominica (TDN) The death toll in Dominica following the passage of Tropical storm Erika continues to climb as rescuers make their way through the isolated village of Petite Savanne.

At least 27 persons were reported dead in that village from a massive mudslide that demolished several houses. Late last night rescuers with the help of helicopters from the French Islands were able to make their way through the carnage.

So far several of the bodies have been recovered but authorities fear that the final death toll will be higher. Among the dead are at least three entire families swollowed up by the mudslide.

The deaths in Petite Savanne add to the 8 other deaths reported elsewhere on the Island.

Two children and an elderly man died in Good Hope while two brothers were swept away in Bath Estate. Individuals also reportedly died in Castle Bruce, Delices and Marigot.

If confirmed this will be the most deadly natural disaster in Dominica in recent history surpassing the death toll of Hurricane David in 1979 when 32 persons lost their lives.