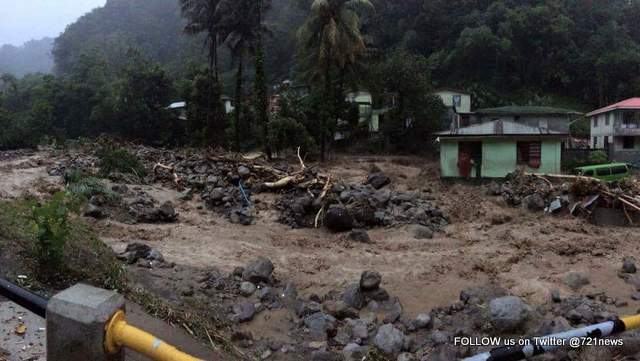 ST. GEORGE — Prime Minister of Grenada Dr. Keith Mitchell has reached out to his counterpart in Dominica, Prime Minister Roosevelt Skerrit, after rivers overflowed their banks sweeping away two persons and causing extensive damage to property.

In a letter to Prime Minister Skerrit on Thursday, Prime Minister Mitchell expressed sorrow for the loss of lives and damage to property caused by flooding and heavy rains brought on by Tropical storm Erika.

“We know that the road to recovery will be long and difficult,” Prime Minister Mitchell said in his letter.

“Please be assured that we stand in solidarity and support with the Government and People of Dominica during this very difficult time, and that we will offer whatever assistance we can afford in this regard.”

Dominica Broadcasting Service (DBS) reported that two persons were swept away as rivers overflowed their banks due to the downpour associated with Tropical Storm Erika.
The National Democratic Congress has also reached out to the government and people of Dominica.

The Leader, National Executive and Members say they join with all Grenadians in extending sympathy and solidarity with the Government and people of the Commonwealth of Dominica, as that nation battles the ravages of Tropical Storm Ericka.

Party Leader Senator the Hon. V. Nazim Burke has reached out to the Dominican Prime Minister, Hon. Roosevelt Skerritt to express his Party’s sentiments especially in wake of the reported deaths and widespread flooding that has besieged our OECS counterpart.

The thoughts and prayers of the Leader and members of the NDC are with the Government and People of Dominica and the party stands ready to assist in any effort that will place them quickly back on the road to recovery. 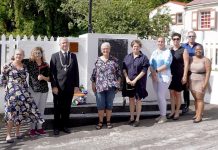 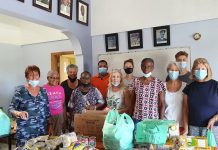